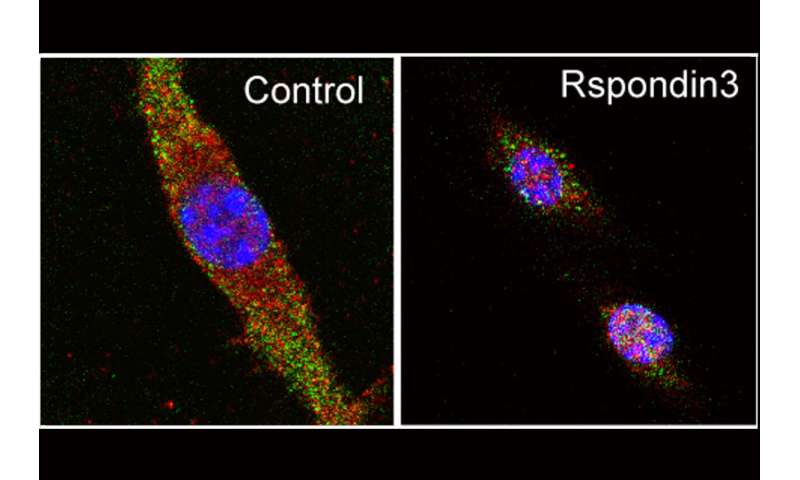 This regulated programming allows the body to fight off infections but also ensures that inflammation naturally subsides after the initial immune response and promotes tissue repair. The emergence of anti-inflammatory macrophages helps prevent an immune response from becoming excessive and dangerous, like what is observed in autoimmune diseases or in Acute Respiratory Distress Syndrome, or ARDS, which has been affecting some COVID-19 patients.

A new study from researchers at the University of Illinois Chicago published in the journal Nature Immunology suggests that macrophage programming is more complex than previously thought.

“We found that macrophage programming is driven by more than the immune system—it is also driven by the environment in which the macrophages reside,” said lead study author Asrar Malik, the UIC Schweppe Family Distinguished Professor and head of pharmacology and regenerative medicine at the College of Medicine.

The study specifically looked at macrophage programming in animal models of lung injury.

“We demonstrated that lung endothelial cells—which are the cells that line blood vessels—are essential in programming macrophages with potent tissue-reparative and anti-inflammatory functions,” said Dr. Jalees Rehman, UIC professor of medicine and pharmacology and regenerative medicine and co-lead author of the paper.

The research team first analyzed the proteins, which function as chemical signals, released by blood vessel cells and then they conducted experiments to see whether those signals affected how macrophages functioned.

They found that one protein, called Rspondin3, was released at high levels during inflammatory injury and played a key role in macrophage programming.

“When we removed the gene responsible for Rspondin3 from the blood vessel endothelial cells, we observed that macrophages did not decelerate inflammation. Instead, the lungs became more injured,” said Bisheng Zhou, UIC research assistant professor of pharmacology and regenerative medicine and first author of the study. “We tried this in multiple models of inflammatory lung injury and found consistent results, suggesting that blood vessels play an important instructive role in guiding the programming of macrophages.”

In addition to providing a new avenue for drug developers to explore, Rehman said this finding provides a clue as to why some people may have better outcomes.

“The majority of people recover from a lung infection but, unfortunately, a subset of patients develop severe lung injury in the form of ARDS, which is what we have seen in the recent COVID-19 pandemic,” Rehman said.

“It could be that these patients have underlying and perhaps undiagnosed poor vascular health and as a result, the blood vessels fail to send the appropriate cues to macrophages and turn off the inflammation,” he said. “The lack of an adequate automatic braking system to slow inflammation once the bacteria or viruses have been eliminated leads to a situation in which our body’s own unchecked immune system becomes the cause of even greater damage to vulnerable tissues and organs such as the lung.”

This DIY Bracelet Kit is So Nostalgic — & Over 50% Off Today