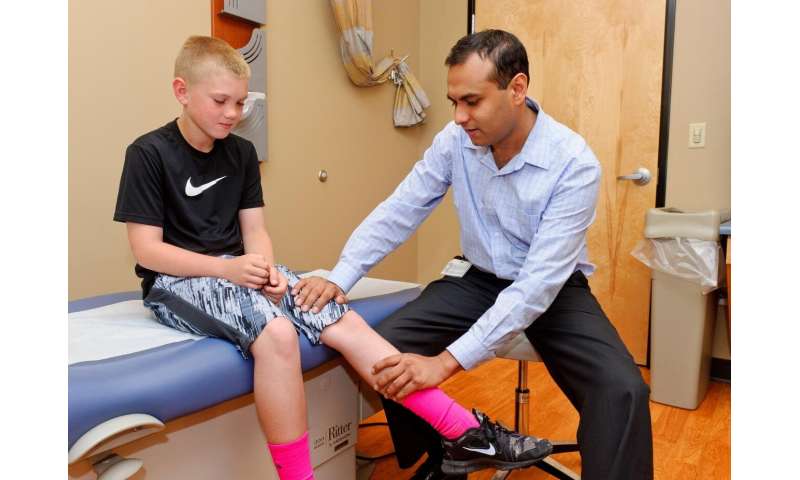 Doctors have traditionally avoided prescribing nonsteroidal anti-inflammatory medications (NSAIDs) such as ibuprofen to patients with fractures. This belief is based on basic science research that supports delayed bone healing in some animal models, as well as in some spinal fusion cases. However, a new study from the University of Missouri School of Medicine and MU Health Care shows ibuprofen is an effective medication for fracture pain in children and its use does not affect fracture healing.

“The findings of this study are relevant for a wide variety of practitioners,” said study co-author Sumit Gupta, MD, an associate professor of orthopedic surgery at the MU School of Medicine. “I think this study will be especially important when the patient first presents to the emergency department. The physician there should feel comfortable prescribing ibuprofen in addition to acetaminophen as a safe and effective pain reliever that won’t hinder a child’s bone healing.”

Patients in the control and ibuprofen groups reported similar pain management scores during the first three days after injury and at each follow-up interval. For the control group, acetaminophen was used for 3.9 days on average while the ibuprofen group average was 4.3 days.

“We often find that pain management is not adequate with just acetaminophen,” Gupta said. “Patients respond better to having two medications at the same time. So if that second medication can be ibuprofen instead of a narcotic, that’s a much safer alternative.”