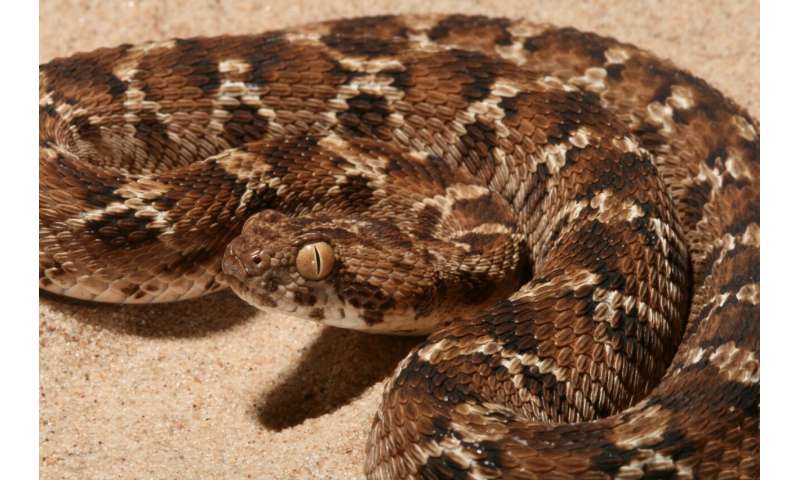 Snakebite is one of the world’s biggest hidden health problems with up to 138 000 victims dying every year, and around 400 000 victims left with permanent physical disabilities or disfigurements. Those most affected live in some of the world’s poorest communities in sub-Saharan Africa, Asia and Latin America and often rely on agricultural activities for their income. These activities put them at risk of snakebite by working in areas inhabited by venomous snakes, and the remoteness of many of these communities makes accessing appropriate healthcare problematic. Snakebite victims in rural settings are therefore often greatly delayed in receiving treatment, because existing antivenom therapies have to be delivered in clinical settings due to their requirement to be given intravenously and because of their high risk of adverse reactions.

LSTM’s Dr. Laura-Oana Albulescu and colleagues looked at various compounds that bind to metal ions as potential pre-hospital therapeutics for the treatment of snakebite. Among the tested compounds, dimercaprol (also called British anti-Lewisite) and its derivative 2,3-dimercapto-1-propanesulfonic acid (DMPS) were found to inhibit the in vitro activity of snake venom enzymes that rely on zinc ions to function. Using animal models mimicking a snakebite, the team then demonstrated that DMPS provided protection against the lethal effects of venom from saw-scaled vipers—a group of medically important snakes found widely distributed across parts of Africa and Asia. Crucially, the oral administration of DMPS also provided protection against venom, and its effect was further enhanced when used in combination with much later doses of conventional antivenom.

The team’s paper suggests that DMPS could be repurposed as an oral medicine for treating snakebite victims soon after a bite, and before they travel to a healthcare facility. While antivenom may still be needed once the patient arrives at a clinical setting, early treatment with DMPS has the potential to save lives and limbs in the world’s poorest communities by removing treatment delays. 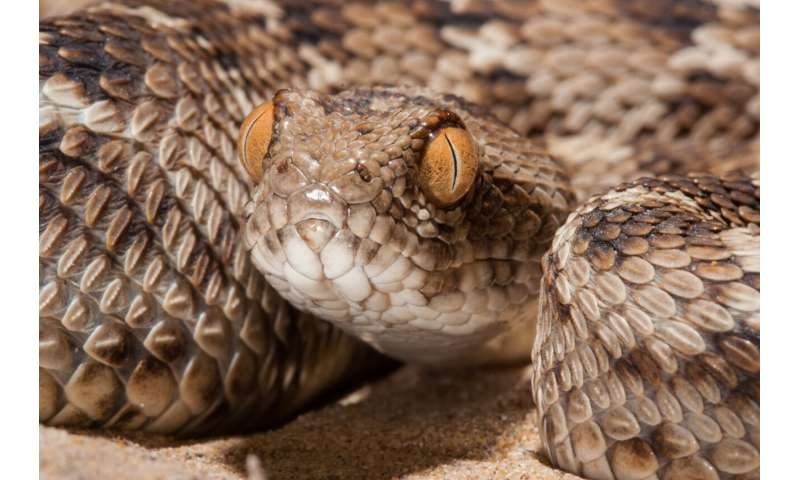 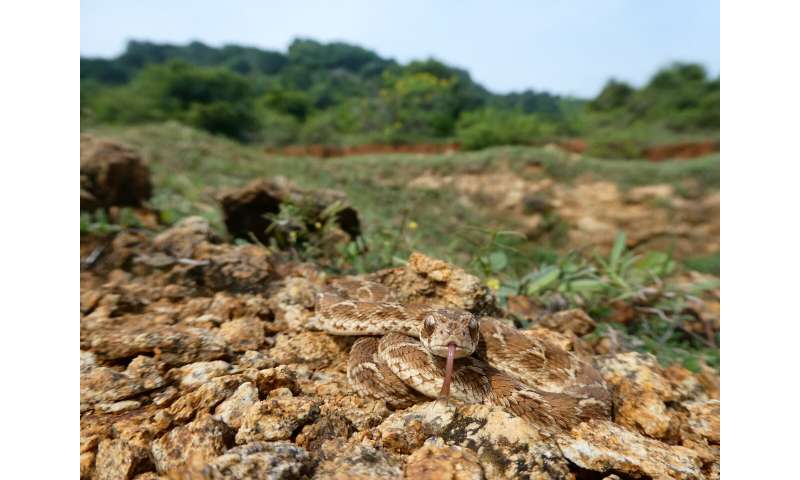 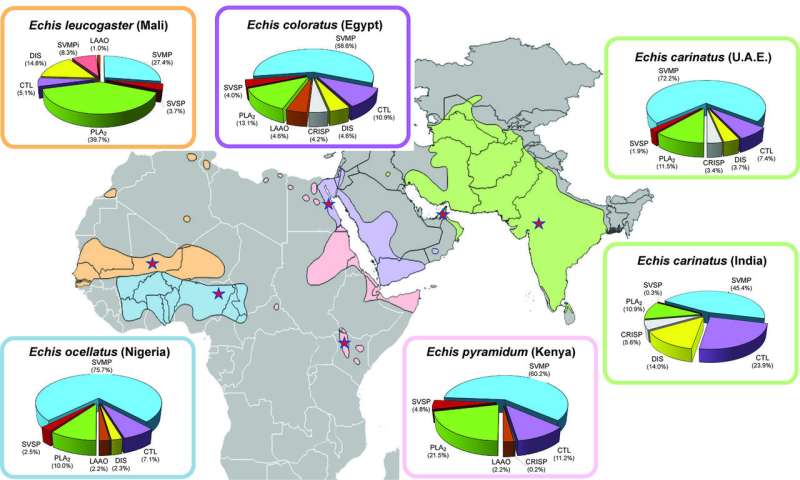 Professor Nicholas Casewell said: “The advantages of using a compound like DMPS is that it is already a licensed medicine that has been proven to be safe and affordable. That it can effectively neutralise saw-scaled viper venoms in models of envenoming highlights the promise of this drug as an early, pre-hospital, therapeutic intervention for life-threatening bites by snakes like the saw-scaled viper.”

Lead author Dr. Laura-Oana Albulescu added “Because DMPS is an oral drug, it could be easily administered in the community by trained volunteers immediately after a snakebite. This would be a tremendous advantage in helping to reduce the onset of pathology, as snakebite victims can currently take many hours to reach a healthcare facility”.