In a recent study posted to bioRxiv*, researchers in the United States demonstrated that the main protease (Mpro) of coronaviruses (CoVs) activates host inflammasome responses.

In humans, inflammasome-forming sensors such as caspase recruitment domain family member 8 (CARD8) sense the activity of viral proteases. CARD8 contains a disordered N-terminus and a C-terminal function-to-find domain (FIIND) and CARD. Self-cleavage of FIIND results in a bipartite sensor, where the N-terminus acts as a tripwire for viral proteases. 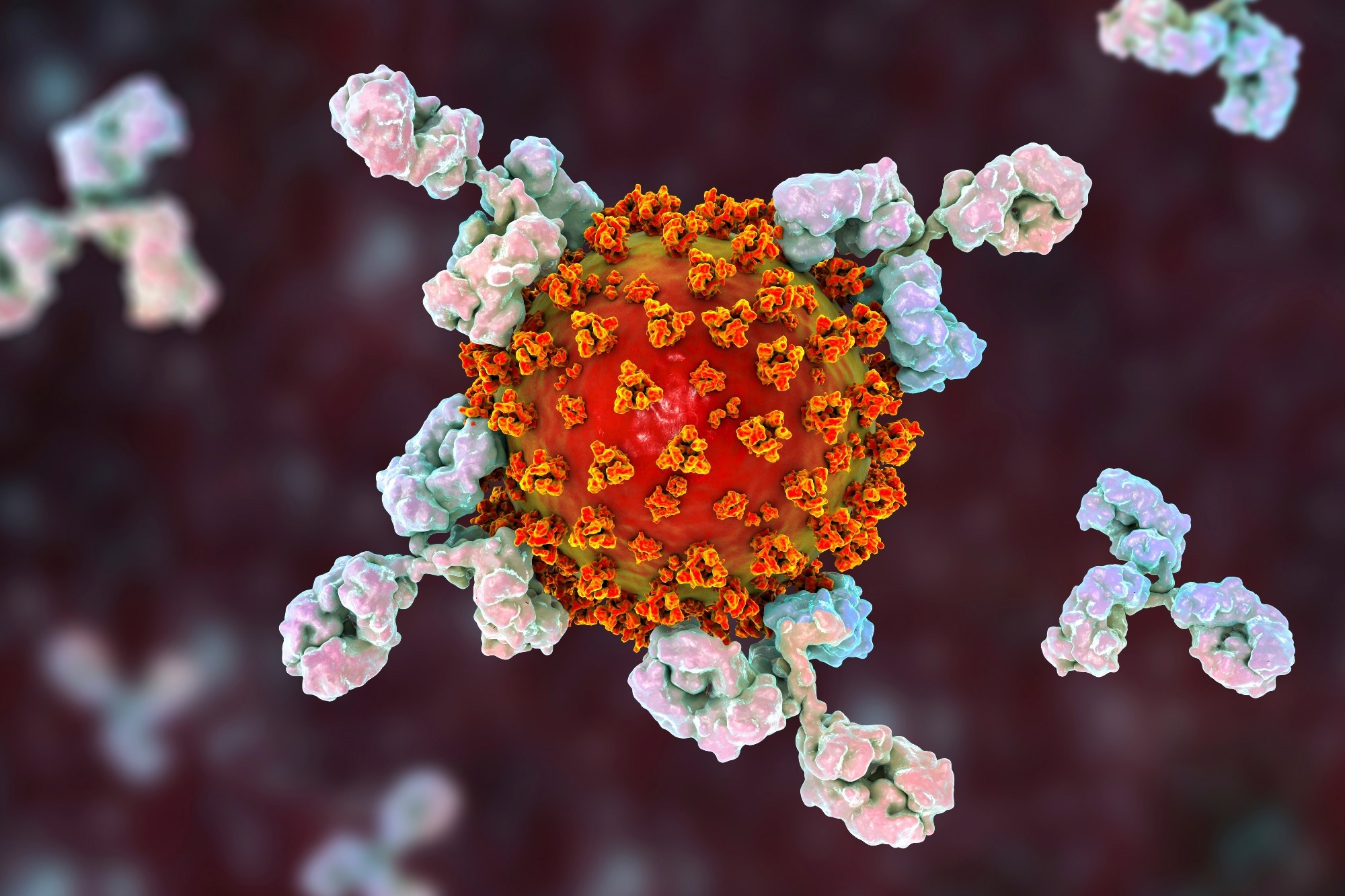 The study and findings

In the present study, researchers evaluated the sensing of viral proteases by CARD8 inflammasome. Using a previously reported bioinformatic approach, the authors created a predictive model for the Mpro [also known as 3-chymotrypsin-like protease (3CLpro)] of CoVs. They identified two putative Mpro cleavage sites in the N-terminus of human CARD8. The CARD8 isoform was co-expressed with Mpro of severe acute respiratory syndrome (SARS)-CoV-2.

A 34kDa CARD8 product was detected in the presence of SARS-CoV-2 Mpro, predicted to result from cleavage at Q37. The cleavage site was confirmed by mutating the residue at the site (to Q37A), which eliminated the 34kDa product after Mpro treatment. Interestingly, the Q37A mutant generated a cryptic Mpro-dependent 37kDa product, resulting from cleavage at Q61. Moreover, the Q37A Q61A mutant of CARD8 was insensitive to cleavage by SARS-CoV-2 Mpro.

Additionally, they tested whether proteases from other relevant CoVs also cleave CARD8. To this end, they cloned Mpros from other CoVs such as human CoV (HCoV)-229E, HCoV-NL63, HCoV-HKU1, SARS-CoV, Middle-East respiratory syndrome (MERS)-CoV, and murine hepatitis virus (MHV). All tested proteases cleaved and activated CARD8 in a site-specific manner. In addition, the THP-1 cell line was infected with HCoV-229E to evaluate the consequences of CARD8 inflammasome activation.

HCoV-229E infection significantly resulted in the release of IL-1β and cell death of wild-type cells but not CARD8 KO cells. The wild-type or CARD8-KO THP-1 cell line was engineered to express angiotensin-converting enzyme 2 (ACE2) and transmembrane protease, serine 2 (TMPRSS2), and infected with SARS-CoV-2. Cell death and IL-1β release were evident in ACE2 and TMPRSS2-expressing wild-type cells but not in KO cells.

Next, the research team investigated whether the CARD8 inflammasome served as a Mpro sensor in Rousettus aegyptiacus (a megabat species). The megabat CARD8 lacks Q37 and Q61 and was not cleaved by the Mpro of SARS-CoV-2. A TEVpro cleavage site was inserted into the N-terminus of megabat CARD8 to determine if functional degradation could activate it. TEVpro cleavage of the engineered CARD8 resulted in inflammasome activation. Further investigations revealed that SARS-CoV-2 Mpro failed to activate and instead antagonized the TEVpro-mediated activation of the bat CARD8. Similarly, all other Mpros prevented TEVpro-mediated activation of the bat CARD8 inflammasome.

The researchers analyzed non-synonymous single-nucleotide polymorphisms (SNPs) in CARD8 within the human population. They found multiple high-frequency SNPs, including an S39P variant residing at the P2’ position within the proteolytic cleavage site that was present in more than 20% of African and Afro-American samples. The CARD8 P39 variant showed reduced sensitivity to cleavage and activation by CoV Mpros.

Lastly, the team investigated whether the CARD8 P39 variant affected the recognition of other pathogens. The P2’ proline in the cleavage site was preferred for the enterovirus 3C protease (3Cpro) prediction model. Cleavage assays with 3Cpro from human rhinovirus (HRV), a picornavirus, revealed that CARD8 cleavage at Q37 was more pronounced for the P39 variant. Moreover, inflammasome activation by HRV 3Cpro was almost absent in HEK293T CARD8 KO cells, complemented with CARD8 S39 but robust when complemented with CARD8 P39. The team also observed that variations in CARD8 affected cleavage by 3Cpros from other picornaviruses.

bioRxiv publishes preliminary scientific reports that are not peer-reviewed and, therefore, should not be regarded as conclusive, guide clinical practice/health-related behavior, or treated as established information.

Tarun is a writer based in Hyderabad, India. He has a Master’s degree in Biotechnology from the University of Hyderabad and is enthusiastic about scientific research. He enjoys reading research papers and literature reviews and is passionate about writing.