Home » Health News » Rocket, arugula, rucola: how genetics determines the health benefits and whether you like this leafy green 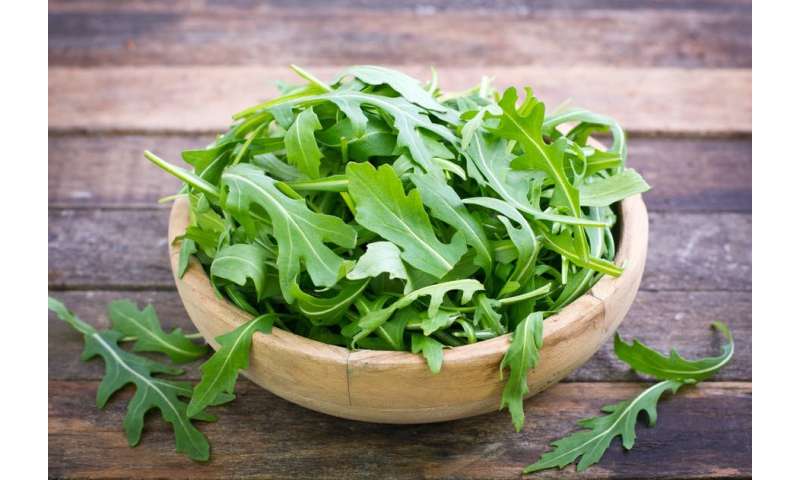 Love it or hate it, rocket is popular all over the world. Also known as arugula, roquette and rucola, it’s known for its pungent and peppery flavours. It might look like an unassuming leafy vegetable, but the reasons for its taste, health benefits and whether we like it all comes down to genetics.

Rocket actually encompasses several species, all of them part of the same family as broccoli, cabbage, kale, mustard and watercress—the Brassicales. Its distinctive aroma and flavours are created by chemical compounds produced by its leaves, called isothiocyanates. Some of these compounds can be eye-wateringly hot, whereas others can have a radishy flavour—or none at all.

In the wild, isothiocyanates are thought to help defend plants from herbivores and disease, and also help it tolerate environmental stress. But for humans, eating isothiocyanates confers health benefits. Studies have shown them to have anti-cancer properties, and anti-neurodegenerative effects against diseases such as Alzheimer’s.

For this reason, plants containing isothiocyanates interest scientists—particularly those with little taste and flavour. One such compound is sulforaphane, which is found in rocket and broccoli. Several years ago, researchers produced a “super broccoli” with high amounts of sulforaphane. Consumers couldn’t taste the difference, and it was later shown to be effective in preventing and slowing prostate cancer and in lowering cholesterol.

But one advantage with rocket is that it doesn’t need cooked to be eaten. Heating other Brassicales, like broccoli, to over 65℃ inactivates myrosinase, which is an enzyme in their tissues that converts compounds called glucosinolates into sulforaphane and other isothiocyanates when people chew these plants. If the myrosinae is inactivated, consumers will receive little or none of the associated health benefits, no matter how much are bred into the plants.

Chewing aside, there’s some evidence to suggest that our gut microflora possess their own myrosinase and can convert glucosinolates to isothiocyanates for us. The amounts this produces are likely to be quite small, but release may be sustained, exposing our cells to compounds like sulforaphane for longer periods.

But the biggest barrier to people getting these beneficial molecules from rocket is the taste. This depends on when and where rocket crops are grown. In the summer, leaves can be extremely spicy and pungent, whereas in the winter they can be bland and tasteless. 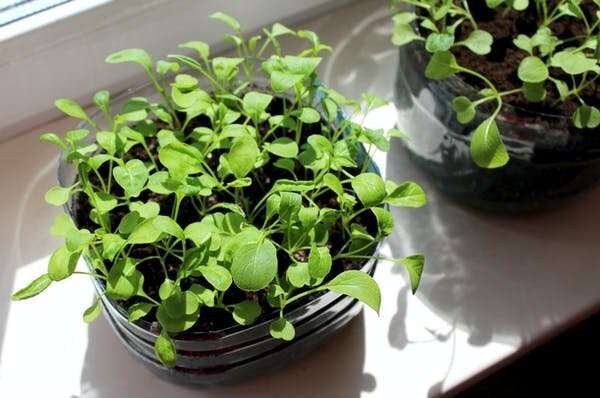 Growth temperature likely plays a big role in determining the amounts of isothiocyanates released from leaves. Probably a stress response by the plants, it means hotter countries like Italy may produce more pungent leaves.

You can test this effect at home. Get two small pots and some rocket seeds from a local garden centre or supermarket. Plant two or three seeds in each. Keep one well watered and relatively shaded, and the other in direct sunlight, watering infrequently. After a few weeks, taste the leaves from each pot—one should taste much hotter.

It’s all in the genes

The taste and flavour of rocket also varies because of the genetics of different varieties. Not only do leaves contain hot, pungent isothiocyanates, but also sugars (which create sweetness); pyrazines (which can smell earthy and pea-like); aldehydes (which smell like grass); alcohols (one in particular smells just like mushrooms); and many other types yet to be identified.

Recently, the world’s first rocket genome and transcriptome sequence was produced from the Eruca sativa species, allowing researchers to understand which genes may be responsible for making the compounds related to taste and flavour. Its genome contains up to 45,000 genes, which is more than the 42,611 genes humans are thought to have.

The research also found that different varieties produce more isothiocyanates and sugars than others. This explains why leaves can taste so different in the supermarket, even when bought from the same shop at the same time of the year. By knowing which genes are expressed in tissues and when, we can select rocket plants with improved taste and flavour profiles and breed new and improved cultivars.

To further complicate matters, our own genetics mean we don’t all taste chemical compounds the same. We have many thousands of different odour receptors in our brains, and many different combinations of taste receptors on our tongues. These genetic differences are one of the reasons why coriander tastes different to different people. Those with a variant of the OR6A2 gene perceive the leaves as having a soapy flavour, which is thanks to the aldehyde compounds in coriander that activate this receptor variant. 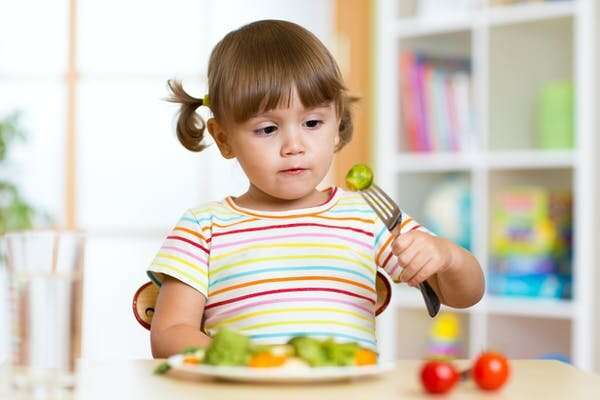 Depending on whether you have a functioning or non-functioning copy of certain taste receptor genes, you may not be able to taste certain compounds at all. In the other extreme, if you have two working copies of a particular gene, some foods may taste unbearably bitter and unpleasant.

Another classic example is Brussels sprouts. Some people love them, while others loathe them. This is because of the gene TAS2R38 which gives us the ability to taste the bitter glucosinolate compounds in these vegetables—as well as rocket.

Those people with two working copies of the gene are bitter “supertasters”. People with only one are “medium tasters”, while those with no working copies are “blind” to these compounds. So what is intense and inedible to one person might be pleasant and mild to another.

This partly explains people’s general food preferences—and rocket leaves are an excellent example of these processes in action. A consumer study of rocket leaves showed that some people like them hot and pungent, others like them sweet and mild, and others just don’t like them at all.

However, people’s culture and life experience probably also determine whether they like rocket and other foods. A previous study of rocket showed that people’s genetic differences are not necessarily an indicator of whether they will like something. It’s perfectly possible to be a bitter “supertaster” and like rocket and Brussels sprouts depending on your upbringing and exposure to them.

Another study showed that preference for flavour and pungency of white radish is linked to differences in geography and culture. Japanese and Korean people liked pungency created by an isothiocyanate much more than Australians. Pickled radish is a common condiment in Asian countries: being regularly exposed to a food may predispose people to like it, irrespective of their taste sensitivity.

Martha Stewart Transformed Her Risotto Into a Tasty Vegetarian Dish

If You’re A Capricorn, Ask These Questions On The First Date