Schools do NOT need to close if a pupil is feared to have coronavirus and should wait for government instructions if someone tests positive, say health officials

Schools should not close or send staff and pupils home if they have a coronavirus scare, health officials have said.

Public Health England has issued advice to headteachers around the country and told them not to panic if a pupil or employee is suspected of having the virus.

If a case is confirmed, the school will be contacted by the government and told what to do next.

Based on what has happened at other places visited by infected patients, this may involve sending home people who have been in contact with the confirmed case and disinfecting parts of the school.

More than 71,000 people around the world – mostly in China – have been infected with the virus, SARS-CoV-2. Nine people have been diagnosed in the UK.

The PHE guidance comes the week after at least 11 schools in Brighton, Hove and Eastbourne were understood to have told parents that either a staff member or pupil has been advised to stay at home for 14 days by PHE.

Schools messaged parents saying that they would authorise absences for families wishing to self-isolate. 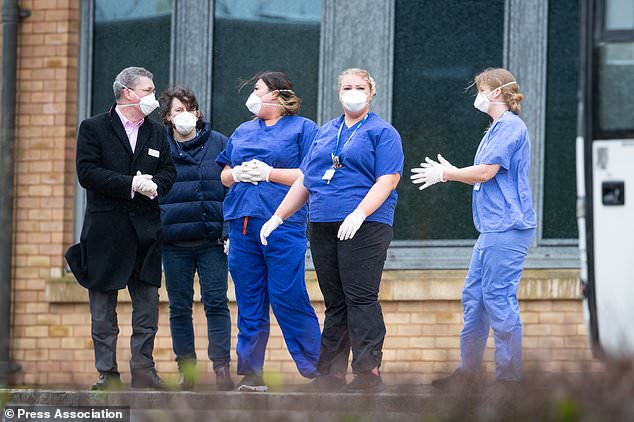 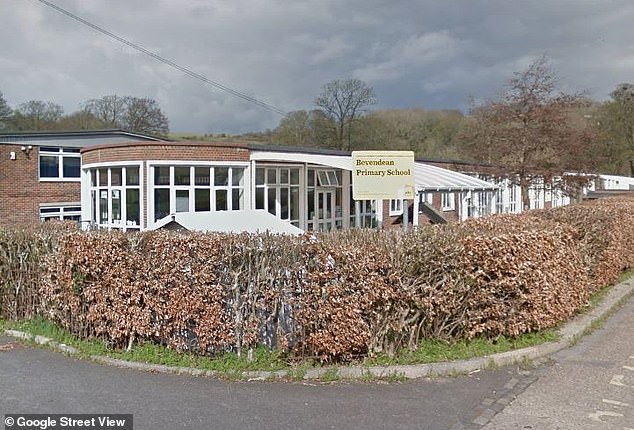 The Department of Health and Social Care (DHSC) announced today that 4,501 coronavirus tests had been carried out on people in the UK.

The number of positive tests remains at nine, with eight of those patients now discharged from hospital after recording two negative tests for the strain known as Covid-19.

But ‘millions’ of Britons with flu-like symptoms could be told by authorities to ‘self-isolate’ by staying at home for a fortnight if the UK’s number of confirmed cases passes 100, the Sunday Telegraph has reported.

What is this virus?

The virus has been identified as a new type of coronavirus. Coronaviruses are a large family of pathogens, most of which cause mild lung infections such as the common cold.

But coronaviruses can also be deadly. SARS, or severe acute respiratory syndrome, is caused by a coronavirus and killed hundreds of people in China and Hong Kong in the early 2000s.

Can the Wuhan coronavirus kill?

Yes – Almost 1,800 people have so far died after testing positive for the virus.

Some people who catch the Wuhan coronavirus may not have any symptoms at all, or only very mild ones like a sore throat or a headache.

Others may suffer from a fever, cough or trouble breathing.

And a small proportion of patients will go on to develop severe infection which can damage the lungs or cause pneumonia, a life-threatening condition which causes swelling and fluid build-up in the lungs.

How is it detected?

The virus’s genetic sequencing was released by scientists in China and countries around the world have used this to create lab tests, which must be carried out to confirm an infection.

Delays to these tests, to test results and to people getting to hospitals in China, mean the number of confirmed cases is expected to be just a fraction of the true scale of the outbreak.

How did it start and spread?

The first cases identified were among people connected to the Huanan Seafood Wholesale Market in Wuhan.

Cases have since been identified around China and are known to have spread from person to person.

What are countries doing to prevent the spread?

Countries all over the world have banned foreign travellers from crossing their borders if they have been to China within the past two weeks. Many airlines have cancelled or drastically reduced flights to and from mainland China.

Is it similar to anything we’ve ever seen before?

Experts have compared it to the 2003 outbreak of severe acute respiratory syndrome (SARS). The epidemic started in southern China and killed more than 700 people in mainland China, Hong Kong and elsewhere.

The newspaper said that senior NHS managers have been told that the service will stop testing for Covid-19 ‘once around 100 cases have been confirmed’ across Britain.

The DHSC did not comment when asked about the self-isolation direction.

NHS England said on Saturday that all 94 people in quarantine at Arrowe Park Hospital on the Wirral had been released.

They had been kept in isolation at the hospital after returning to the UK from Wuhan in China – the centre of the outbreak.

More than 100 people remain in isolation at the Kents Hill Park Hotel in Milton Keynes after being on a later rescue flight, the NHS added.

But Britons on board the quarantined Diamond Princess cruise ship in Japan have accused the Government of ‘forgetting’ about them after other countries confirmed they were bringing their citizens home.

David Abel called for the Government to evacuate the British citizens on board and added: ‘It feels that we have been forgotten.’

It is understood that a repatriation flight is one of a number of options being considered by the Government.

Mr Abel’s call comes as it emerged passengers could be stuck in quarantine beyond the initial February 19 deadline.

A Foreign Office spokeswoman said: ‘We sympathise with all those caught up in this extremely difficult situation.

‘We are urgently considering all options to guarantee the health and safety of the British people on board the Diamond Princess, in line with the latest advice from the Chief Medical Officer and the World Health Organisation, and are working closely with the Japanese authorities and our international partners.’

The first death from the virus outside Asia was confirmed in France on Saturday.

The patient, a Chinese tourist from the province of Hubei that includes Wuhan, had arrived in France on January 16 and suffered a lung infection caused by the virus.

The death toll in mainland China rose by 105 to 1,770, in figures announced early on Monday morning.

Chinese authorities also reported the number of new cases had increased slightly on the previous day’s figure after falling for three consecutive days.

The 2,048 new cases announced on Monday was up by 29 from the previous day’s figure.

The number of people infected globally stands at 68,500, according to the country’s National Health Commission.

Omega-3 fatty acids, and in particular DHA, are associated with increased attention scores in adolescents

EEG analysis may detect up to 99.5 percent of concussions