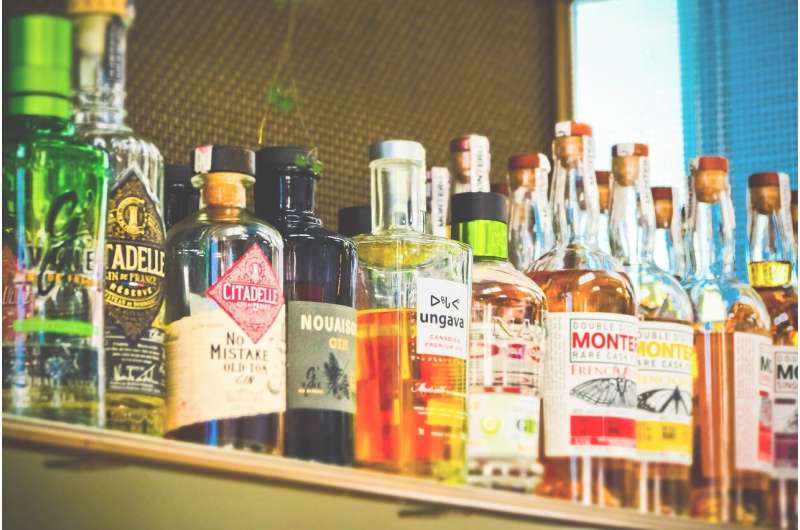 Alcohol-impaired driving kills 29 people a day and costs $121 billion a year in the U.S. After years of progress in reducing alcohol-impaired driving fatalities, efforts began to stall in 2009, and fatalities started increasing again in 2015. With several studies demonstrating that drinkers cannot accurately estimate their own blood alcohol concentration (BAC), handheld alcohol breath testing devices, also known as breathalyzers, allow people to measure their own breath alcohol concentration (BrAC) to determine if they are below the legal limit of .08% before attempting to drive.

The latest generation of personal alcohol breath testing devices pair with smartphones. While some of these devices were found to be relatively accurate, others may mislead users into thinking that they are fit to drive, according to a new study from the Perelman School of Medicine at the University of Pennsylvania.

The findings, published today in Alcoholism: Clinical & Experimental Research, compares the accuracy of six such devices with that of two validated alcohol-consumption tests—BAC taken from venipuncture, and a police-grade handheld breath testing device.

“All alcohol-impaired driving crashes are preventable tragedies,” says lead investigator M. Kit Delgado, MD, MS, an assistant professor of Emergency Medicine and Epidemiology at Penn. “It is common knowledge that you should not drive if intoxicated, but people often don’t have or plan alternative travel arrangements and have difficulty judging their fitness to drive after drinking. Some may use smartphone breathalyzers to see if they are over the legal driving limit. If these devices lead people to incorrectly believe their blood alcohol content is low enough to drive safely, they endanger not only themselves, but everyone else on the road or in the car.”

To assess these devices, researchers engaged 20 moderate drinkers between the ages of 21 and 39. The participants were given three doses of vodka over 70 minutes with the goal of reaching a peak BAC over the legal driving limit of around 0.10%. After each dose, participants’ BrAC was measured using smartphone-paired devices and a police-grade handheld device. After the third dose, their blood was drawn and tested for BAC, the most accurate way of measuring alcohol consumption. Researchers also explored the devices’ ability to detect breath alcohol concentration above common legal driving limits (0.05% and 0.08%). They used statistical analysis to explore differences between the measurements.

All seven devices underestimated BAC by more than 0.01%, though the some were consistently more accurate than others. Two devices failed to detect BrAC levels of 0.08% as measured by a police-grade device more than half the time. Since the completion of the study, one of the devices was discontinued and is no longer sold, and other models have been replaced by newer technologies. However, two of the other devices had similar accuracy as a police-grade device. These devices have been used to remotely collect accurate measurements of alcohol consumption for research . They could also be used to scale up contingency management addiction treatment programs that have been shown to help promote abstinence among patients with alcohol use disorders. These programs, which have proven to be highly effective, have traditionally provided prizes for negative in person breathalyzer measurements. Smartphone breathalyzer apps allow these programs to be administered remotely as breath alcohol readings can be verified with automatically captured pictures of the person’s face providing the reading and prize redemption could be automated.

Statins After Diagnosis May Protect From Breast Cancer Mortality