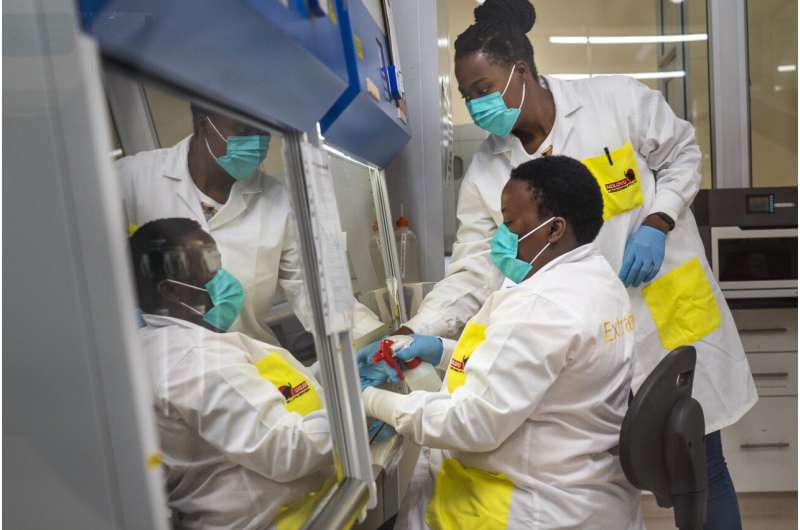 As the omicron variant sweeps through South Africa, Dr. Unben Pillay is seeing dozens of sick patients a day. Yet he hasn’t had to send anyone to the hospital.

That’s one of the reasons why he, along with other doctors and medical experts, suspect that the omicron version really is causing milder COVID-19 than delta, even if it seems to be spreading faster.

“They are able to manage the disease at home,” Pillay said of his patients. “Most have recovered within the 10 to 14-day isolation period.” said Pillay.

And that includes older patients and those with health problems that can make them more vulnerable to becoming severely ill from a coronavirus infection, he said.

In the two weeks since omicron first was reported in Southern Africa, other doctors have shared similar stories. All caution that it will take many more weeks to collect enough data to be sure, their observations and the early evidence offer some clues.

According to South Africa’s National Institute for Communicable Diseases:

— Only about 30% of those hospitalized with COVID-19 in recent weeks have been seriously ill, less than half the rate as during the first weeks of previous pandemic waves.

— Average hospital stays for COVID-19 have been shorter this time – about 2.8 days compared to eight days.

— Just 3% of patients hospitalized recently with COVID-19 have died, versus about 20% in the country’s earlier outbreaks. 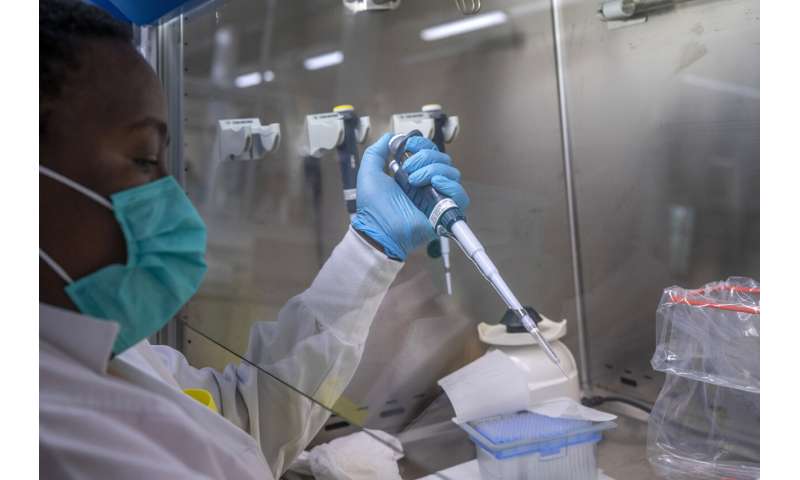 “At the moment, virtually everything points toward it being milder disease,” Willem Hanekom, director of the Africa Health Research Institute, said, citing the national institute’s figures and other reports. “It’s early days, and we need to get the final data. Often hospitalizations and deaths happen later, and we are only two weeks into this wave.”

In the meantime, scientists around the world are watching case counts and hospitalization rates, while testing to see how well current vaccines and treatments hold up. While delta is still the dominant coronavirus strain worldwide, omicron cases are popping up in dozens of countries, with South Africa the epicenter.

Pillay practices in the country’s Gauteng province, where the omicron version has taken hold. With 16 million residents, It’s South Africa’s most populous province and includes the largest city, Johannesburg, and the capital, Pretoria. Gauteng saw a 400% rise in new cases in the first week of December, and testing shows omicron is responsible for more than 90% of them, according to health officials. 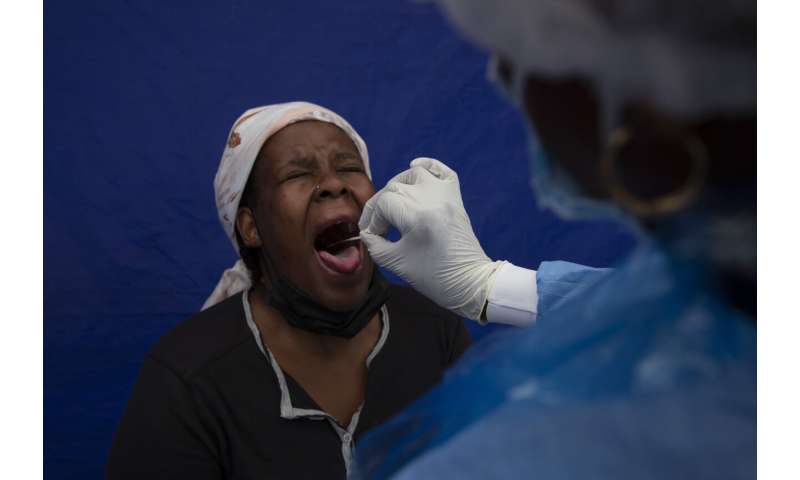 Pillay says his COVID-19 patients during the last delta wave “had trouble breathing and lower oxygen levels. Many needed hospitalization within days,” he said. The patients he’s treating now have milder, flu-like symptoms, such as body aches and a cough, he said.

Pillay is a director of an association representing some 5,000 general practitioners across South Africa, and his colleagues have documented similar observations about omicron. Netcare, the largest private healthcare provider, is also reporting less severe cases of COVID-19.

But the number of cases is climbing. South Africa confirmed 22,400 new cases on Thursday and 19,000 on Friday, up from about 200 per day a few weeks ago. The new surge has infected 90,000 people in the past month, Minister of Health Joe Phaahla said Friday.

“Omicron has driven the resurgence,” Phaahla said, citing studies that say 70% of the new cases nationwide are from omicron. 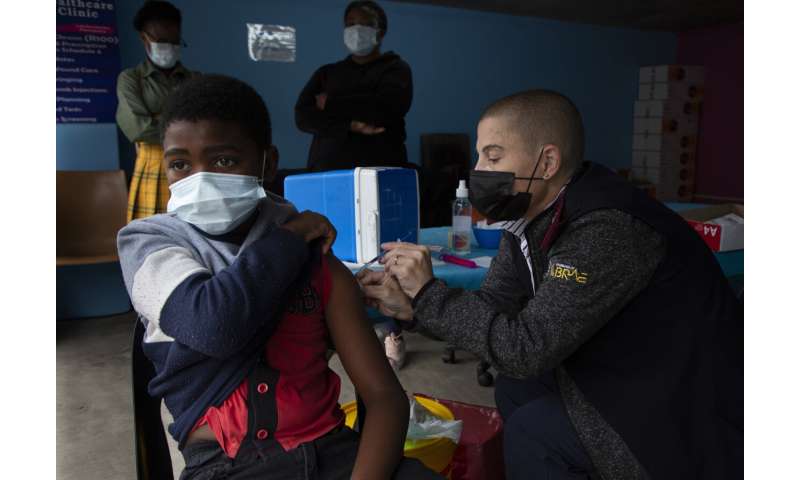 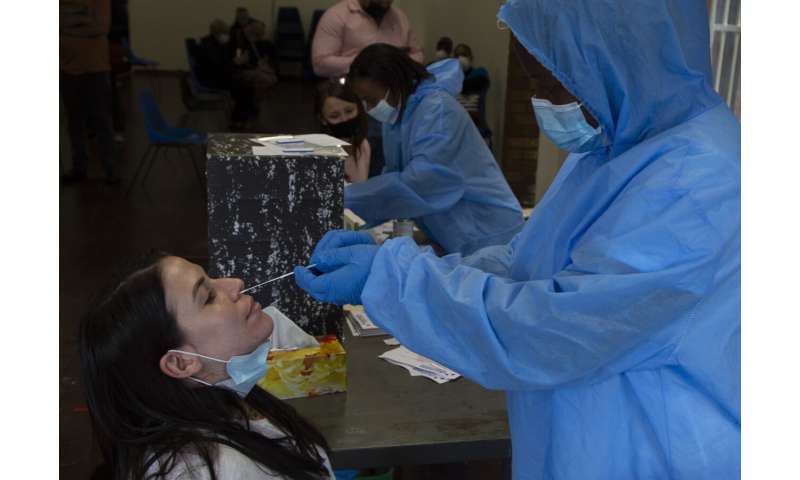 The coronavirus reproduction rate in the current wave – indicating the number of people likely to be infected by one person—is 2.5, the highest that South Africa has recorded during the pandemic, he said.

“Because this is such a transmissible variant, we’re seeing increases like we never saw before,” said Waasila Jassat, who tracks hospital data for the National Institute for Communicable Diseases.

Of the patients hospitalized in the current wave, 86% weren’t vaccinated against the coronavirus, Jassat said. The COVID-patients in South Africa’s hospitals now also are younger than at other periods of the pandemic: about two-thirds are under 40.

Jassat said that even though the early signs are that omicron cases are less severe, the volume of new COVID-19 cases may still overwhelm South Africa’s hospitals and result in a higher number of severe symptoms and deaths.