One surprising, healthy drink could be the culprit behind your stretched tummy. Next time you have a glass, see if your belly extends itself. Which drink do you need to experiment with?

According to LiveStrong, your bloated belly could be the result of water bloat.

When you drink a glass of water, it travels down the oesophagus (a muscular tube that connects the mouth to the stomach).

Once the water reaches the stomach, it’s absorbed into the bloodstream where it’s used to hydrate the cells.

However, this process can be slow, so water will most likely collect in the small intestines while waiting to be absorbed.

The small intestine – despite its deceiving name – is the longest part of the gastrointestinal tract.

A study published in ISRN Gastroenterology stated that an increased volume of fluid retained in the small intestine leads to bloating.

Water bloat differs from normal bloating. The American Academy of Family Physicians stated that bloating “occurs when the digestive tract is filled with air or gas”. 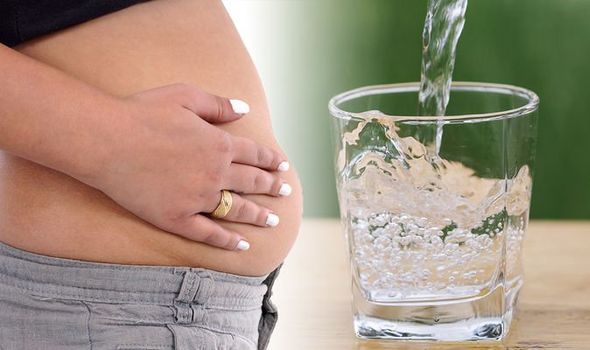 Even though a water bloat does lead to a distended stomach and an uncomfortable feeling, it does pass as soon as the water is processed by the body.

How to prevent a water bloat

Sparkling water has air bubbles that can cause the gastrointestinal tract to become filled with air, so it’s best to stick to still water.

Bad for the environment, and not good for your belly, drinking through a straw enables more air to fill the gastrointestinal tract.

Even if you’re feeling thirsty, try to sip – rather than chug – water, spreading your water intake throughout the day.

The Department of Health (Australia) testifies that “water is one of the most important substances on earth”.

It’s essential for survival, but what exactly is made up of? The Open University explained water is made from hydrogen and oxygen atoms.

This is why water is otherwise known as H2O, as it has two hydrogen atoms and one oxygen atom.

The NHS confirmed that water “has no calories and contains no sugars that can damage teeth”. 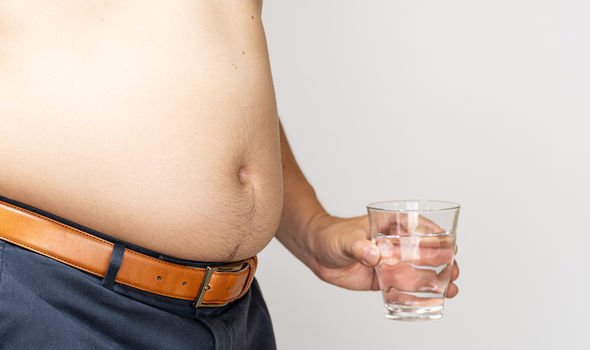 The health drink needs to be consumed everyday to avoid dehydration and keep our bodies working.

The NHS recommends drinking around 1.2 litres per day – this is equivalent to six to eight glasses.

In hotter climates, and on very hot days, the body may need even more water.

So, although it’s not the best idea to chug on water (or get a water bloat), it’s a good idea to have a steady supply of H20. 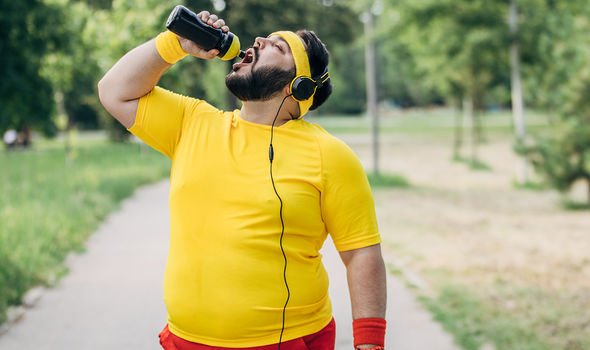 Food and Water Watch claim that tap water isn’t only safe, but is often “better than bottled water”.

The organisation adds that “more than half of all bottles water comes from the tap”.

If you’re interested in your tap water quality, you can contact your local water company to request a copy of the Annual Water Quality Report.

Piecing together the puzzle of autoimmune disease