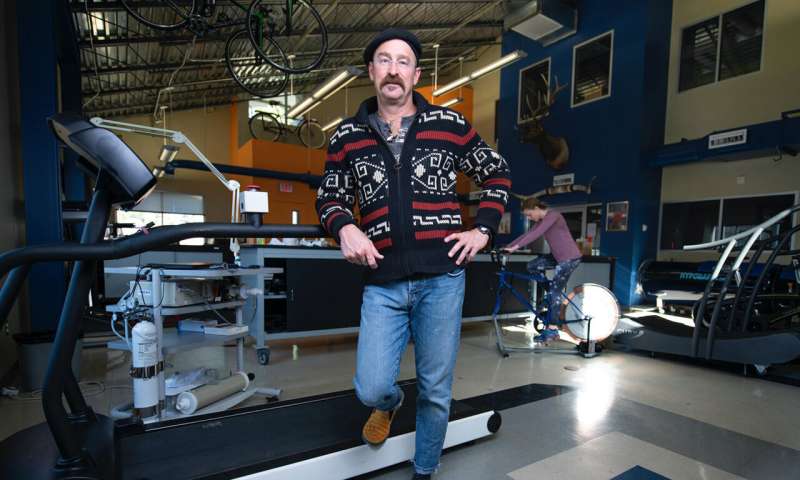 The edge. Every athlete, from the professional to the weekend warrior, strives to obtain that ever-elusive element that leads to victory—sometimes sparing no expense to get there.

A lighter bike, a better training regimen, the newest shoes.

A recently released study from the University of Montana, however, has discovered that common “edge,” sports nutrition products, are no more effective at promoting recovery in female athletes as regular, carbohydrate-rich, often less-expensive potato-based foods.

“Athletes are vulnerable to strategic marketing. We are easily swayed,” said UM Research Professor Brent Ruby, a veteran endurance athlete who knows all too well the allure of sports powders and gels.

As director of UM’s Montana Center for Work Physiology and Exercise Metabolism, Ruby and his team have done extensive work in the field of athletic performance and examining the role that post-exercise carbohydrate nutrition plays in the replenishing of spent muscle mass. The center’s 2015 study that showed a McDonald’s Happy Meal is just as effective for exercise recovery as commercial nutrition products garnered national attention.

The difference in the latest study is the inclusion and focus on female recreational athletes.

“There’s been a great deal of research into what sets the stage for muscle recovery after exercise,” Ruby said. “But women have been poorly represented in these studies. It is common to only study men and then make broad recommendations, which is wrong.”

With funding from the Alliance for Potato Research & Education, Ruby’s team established and employed a study similar to the McDonald’s research, this time looking at muscle recovery between male and female recreational athletes using potato products and sports supplements.

Eight men and eight women participated in the study, which involved 90 minutes of intense cycling followed by rest, recovery and refueling and a 20-kilometer time trial. After a lot of sweat was spent, blood drawn and muscles biopsied, the results showed that muscles in both men and women replenish carbohydrate stores similarly—and just as well with regular foods as with sports supplements.

Ruby hopes these new results—published in the European Journal of Applied Physiology – will help female athletes, as well as male, make better-informed choices about their refueling programs.