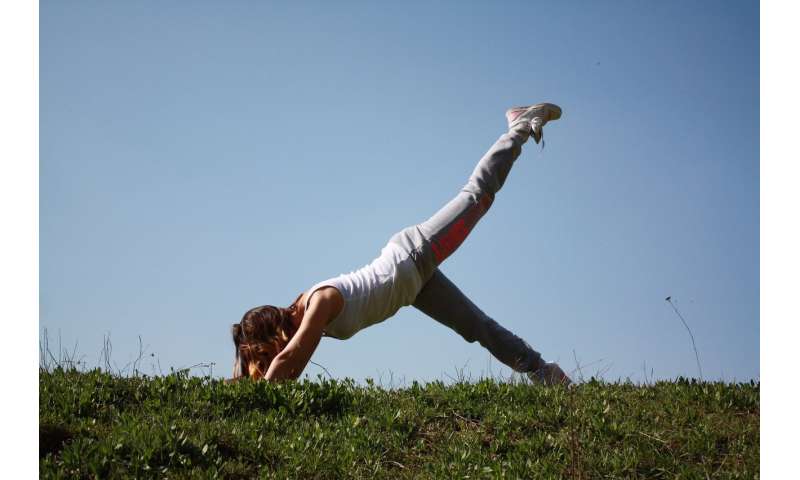 A new paper in The American Journal of Hypertension, published by Oxford University Press, finds that mat Pilates may be an effective strategy to improve cardiovascular health for young obese women, a population that is at risk for hypertension and early vascular complications.

With an estimated 9 million participants in 2018 and a series of celebrity endorsements, including Beyoncé and Emma Stone, mat Pilates training has seen a recent resurgence in popularity. It has become one of the most widely known wellness routines in the United States. The program emphasizes core strength, flexibility, body posture, and controlled breathing.

At the same time, the prevalence of obesity in young adults has become a major public health issue. Though it is well-documented that exercise is a key factor in preventing and managing cardiovascular health problems, obese women tend not to maintain traditional workout routines. Despite sources in the media reporting on the cardiovascular benefits of Pilates, the existing scientific literature is scarce.

Researchers here studied young obese women (age 19-27) with elevated blood pressure and a body mass index between 30-40kg/m2 through 12 weeks of mat Pilates. The participants were free of chronic diseases, were non-smokers and performed less than 90 minutes of regular exercise per week. There were three one-hour training sessions per week, which were divided into the following stages: initial warm up and stretch (10min), general mat Pilates exercises (40 min), and a cool down (10 min). The training increased over the 12 weeks, with the repetition of each exercise steadily increasing. A certified mat Pilates instructor supervised all sessions.

This is the first study to find that mat Pilates routines significantly reduced arterial stiffness and blood pressure, including central (aortic) pressure.

Flu vaccine could slash risk of stroke by 23%, study suggests

The pandemic has not caused a super-gonorrhea outbreak, but experts say it could