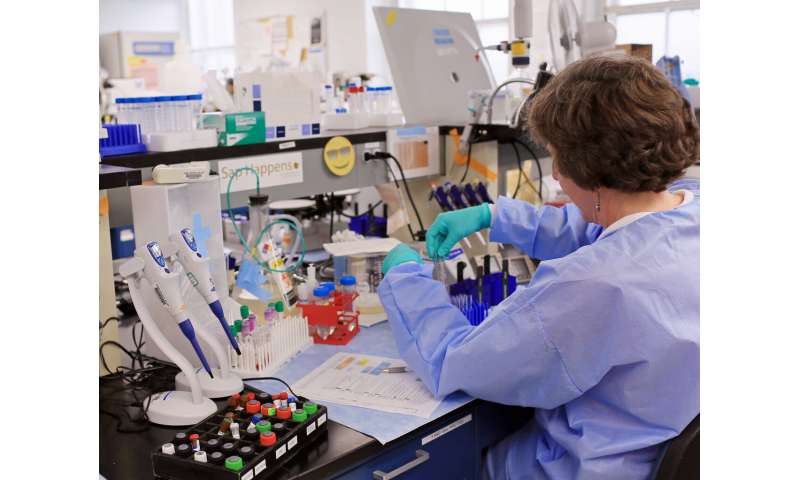 Now, researchers report in the New England Journal of Medicine treating patients with a new drug that saved kid’s lives with less toxicity and fewer side effects. Although the 34-patient study wasn’t large enough to show whether the drug, emapalumab, can dent HLH’s high mortality rate, doctors say their data are promising.

“This is a very important advance. For the first time we have a truly targeted way to treat HLH and a drug with very low toxicity,” explains Michael Jordan, MD, co-principal investigator and physician-scientist in the Divisions of Immunobiology and Bone Marrow Transplantation and Immune Deficiency at Cincinnati Children’s Hospital Medical Center.

“Because this is the first drug ever approved for HLH by the FDA, this report underscores that we should consider emapalumab administered with dexamethasone to be the standard of care for the ‘second line’ treatment of HLH, which occurs after more traditional approaches haven’t been effective,” he said.

The drug, which blocks the function of a pro-inflammatory immune system cytokine called interferon-gamma, is also being tested as the first-line agent for patients who haven’t received previous treatment. This stems in part from a growing body of research showing that excessive interferon-gamma is increasingly being detected as pathogenic in HLH cases, study authors note.

The study’s international research team was co-led by Jordan at Cincinnati Children’s and co-principal investigator Franco Locatelli, MD, in the Department of Pediatrics, University of Rome in Italy.

Hiding Behind a Maze of Symptoms

The challenge of unraveling how the disease works is complicated by the fact that for years the disease hid behind a maze of contradictory symptoms. Too often this led to misdiagnosis, ineffective treatments and the loss of young children who typically have the disease.

Jordan, who has been researching HLH since his clinical fellow days 20 year ago, is part of a small international army of physicians, scientists, patient families and a pharmaceutical company (Sobi, formerly NovImmune.) All joined forces to wage an unyielding years-long scientific war against a disease that ravages its young victims.

Led in part by the HLH Center of Excellence at Cincinnati Children’s, the work is leading to new ideas for treatment and improved diagnostic capabilities. This better understanding of HLH includes more reliable testing assays to quickly and accurately diagnose it.

Researchers point out in their current study that the objective of HLH treatment is to suppress inflammation and allow patients to receive bone marrow transplant (BMT), the only curative therapy for the disease. Although a variety of immune-chemotherapeutic treatments have been tested, they have resulted in limited degrees of effectiveness.

The NEJM study was an open-label, single-group, Phase 2/3 study involving patients 18 years old and younger who had either untreated HLH or who had received previous treatment for the disease. At the study’s cutoff point (July 20, 2017) a total of 34 patients (27 previously treated patients, 7 previously untreated) had received emapalumab, with 26 patients completing the study.

Will and Kate Have Found 'The Perfect Place' to Raise Their Brood: the 'Burbs