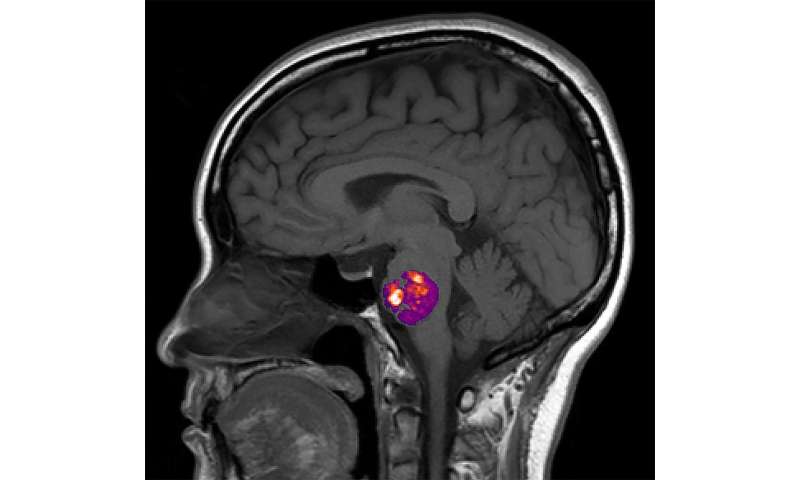 In a nationwide study, NIH funded researchers found that the presence of abnormal bundles of brittle blood vessels in the brain or spinal cord, called cavernous angiomas (CA), are linked to the composition of a person’s gut bacteria. Also known as cerebral cavernous malformations, these lesions which contain slow moving or stagnant blood, can often cause hemorrhagic strokes, seizures, or headaches. Current treatment involves surgical removal of lesions when it is safe to do so. Previous studies in mice and a small number of patients suggested a link between CA and gut bacteria. This study is the first to examine the role the gut microbiome may play in a larger population of CA patients.

Led by scientists at the University of Chicago, the researchers used advanced genomic analysis techniques to compare stool samples from 122 people who had at least one CA as seen on brain scans, with those from age- and sex-matched, control non-CA participants, including samples collected through the American Gut Project. Initially, they found that on average the CA patients had more gram-negative bacteria whereas the controls had more gram-positive bacteria, and that the relative abundance of three gut bacterial species distinguished CA patients from controls regardless of a person’s sex, geographic location, or genetic predisposition to the disease. Moreover, gut bacteria from the CA patients appeared to produce more lipopolysaccharide molecules which have been shown to drive CA formation in mice. According to the authors, these results provided the first demonstration in humans of a “permissive microbiome” associated with the formation of neurovascular lesions in the brain.

Everything You Need To Know About Using Peridot