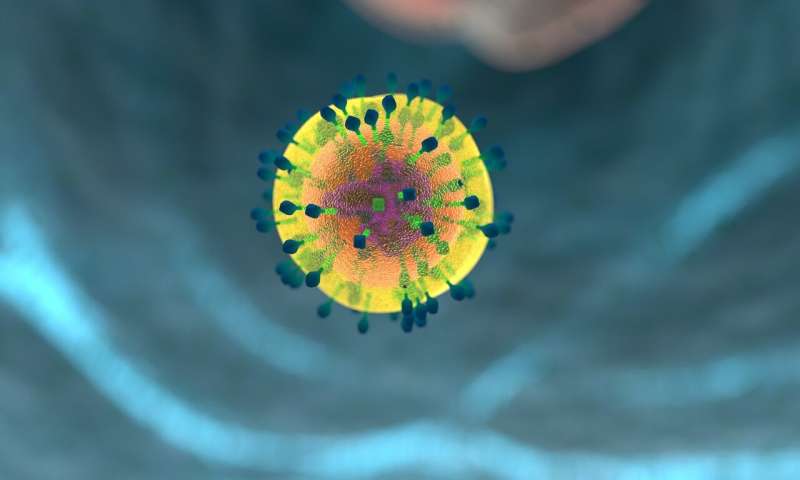 The protein TCF-1 enables various parts of otherwise insulated DNA segments to intermingle in a way that is required for the development of T cells—a key element of the body’s immune system—and the role this protein plays in T cell creation could shed new light on immunotherapy approaches, according to a new study by researchers at the Perelman School of Medicine at the University of Pennsylvania. The findings are published today in Nature Immunology.

By studying the mechanics of the protein TCF-1 and how it reconfigures the genome, a research team led by Golnaz Vahedi, Ph.D., an associate professor of Genetics and a member of the Penn Institute for Immunology and Penn Epigenetics Institute, discovered that the TCF-1 protein has a unique ability to enable plasticity in cells across neighborhoods during the development of T cells.

“These domains, or insulated neighborhoods, are like stickers for social distancing,” Vahedi said. “They essentially say, ‘Stay away—keep a certain distance apart.’ But what this protein does is to remove these stickers and say, ‘You can now actually intermingle.’ It disrupts the spatial distancing.”

Using various basic science experiments, the researchers saw that TCF-1, along with the protein CTCF, targets boundaries of insulated neighborhoods when T cells are developing, thereby weakening the insulation and minimizing the distance between these adjacent neighborhoods that were previously blocked off. The co-binding of TCF-1 with CTCF increases interactions across neighborhoods as T cells mature, indicating that TCF-1 plays an essential role in the development and maturation of T cells, which are a central component of immunotherapies that aim to manipulate T cells as drugs to proliferate and kill cancer cells.

What to do if you sunburn your genitals