Religion may be good for your health! People of faith are less likely to fall or feel ill compared to non-believers, official stats reveal

It found atheists were significantly less likely to think they are in good health than people of faith.

Non-believers were twice as likely to be smokers than those who practice a religion, which may contribute to their overall worse condition.

Roughly one in five atheists smokes compared to one in 10 Christians and Muslims, according to the report from the Office for National Statistics.

And non-believers are more likely to drink alcohol than followers of certain religions, such as Islam which outright bans it, or Sikhism and Hinduism which discourage it. 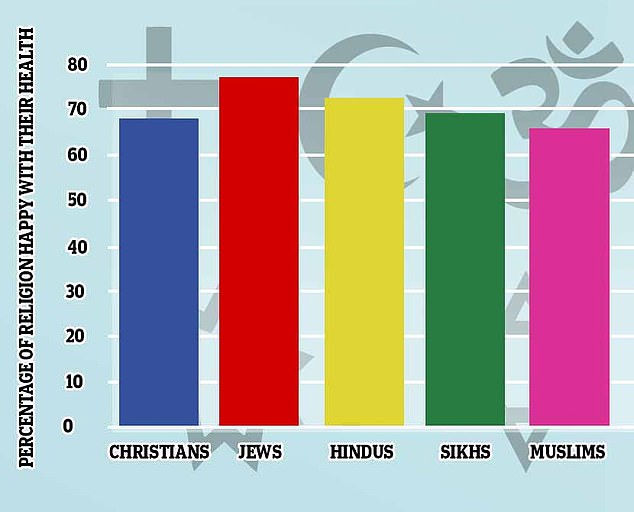 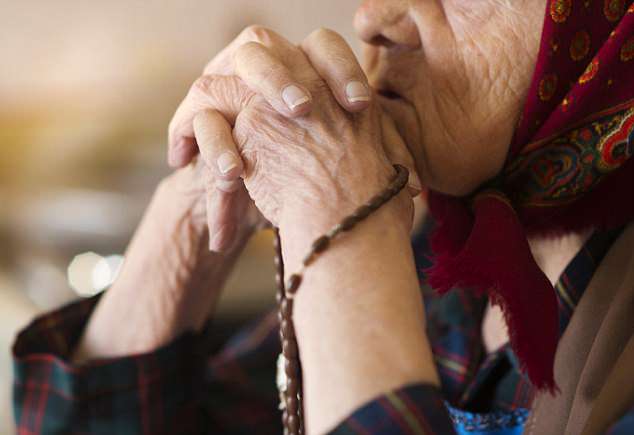 Roughly one in five atheists smokes compared to one in 10 Christians and Muslims, according to the report from the Office for National Statistics

The wide-ranging report quizzed roughly 100,000 people in England and Wales about the role of religion between 2016 and 2018.

Smoking rates in the UK are falling faster than they have in more than a decade, according to official figures from the Government.

Figures in September showed just 15 per cent of the population regularly smoked cigarettes at the end of July – down from 17.2 per cent in 2018.

This meant 200 people quit the deadly habit every hour in 2019, cutting the number of smokers from 7.8million to 6.8million in a year.

Statisticians said if the trend continued to the end of the year, it would be the biggest drop since 2008-2009 when it plummeted from 24.2 to 22 per cent.

Around 7.4million people in the UK regularly smoke tobacco, along with about a billion people – mostly men – worldwide.

Government initiatives to cut smoking rates have been introduced regularly over the past 15 years in the UK.

‘A significantly lower percentage of those with no religion – 64 per cent – were estimated to be satisfied with their overall health compared with those identifying as Christian, Hindu or Jewish,’ it added.

In a research project which ranked mental health between 0 and 100, Christians, Muslims, Hindus and Sikhs all scored more than 49 per cent. Those with no religion scored 48 per cent.

ONS statisticians use figures on religious grouping sourced from the national census in 2011.

A rise in the numbers of Muslims was, however, suggested when the 2016 figures were used for an experimental count.

These numbers show that Muslims now make up 5.6 of the population, and numbers of Muslims in England and Wales have gone up around 44,000 from 2.7 million to 3.14 million.

An analysis of 1,000 obituaries published across the United States in 2018 found that church-goers appear to live up to four years longer than atheists.

The Ohio State psychology researchers behind the study insist there is merit to the connection: people with religious affiliations often volunteer and engage in social activities throughout their lives – something routinely tied to longer lifespan.

But they found that this socializing only appeared to boost longevity by a year at most – suggesting other elements of religious life, such as low alcohol intake, could contribute.

The second study included 1,096 obituaries from 42 major cities in the US published on newspaper websites between August 2010 and August 2011.

Woman’s anaemia turned out to be bowel cancer – signs