Home » Health News » Tumor of the touch cells: A first-of-its-kind study in India 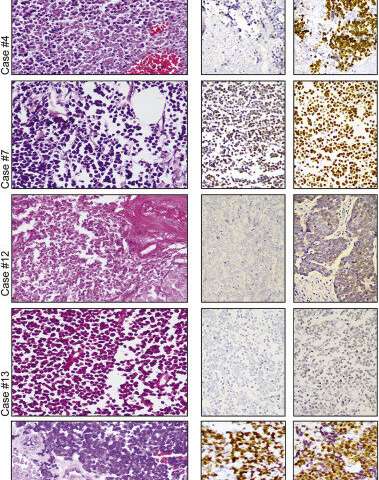 The cause of a disease often affects its treatment plan. The need to fill this gap in our understanding of disease biology is further exaggerated in the case of ‘rare’ diseases.

So, what is a rare disease? Currently, there is no universal definition for a rare disease since it depends on the country’s population and the availability of treatment. In the case of India, a disease is considered rare if less than one person among 5000 is affected by it. In such a scenario, the hope is that efforts are intensified to understand the biology of such rare conditions, strategize treatments and thus create some respite for those affected.

Motivated by one such rare disease and its cause, a team of researchers from the National Centre for Biological Sciences, Bangalore, a pathologist at the Tata Memorial Centre, Mumbai and scientists at ACTREC, Navi Mumbai, joined hands to study the basis of a skin cancer known as Merkel cell carcinoma (MCC). Their work, published in the journal of Microbial Pathogenesis is a first-of-its-kind study in the Indian population.

Merkel cell carcinoma is a type of cancer that triggers the uncontrolled growth of the Merkel cells of the skin. Also known as touch cells, these are found in close proximity to nerves and enable us to sense touch. Merkel cell tumors are typically caused by a combination of excessive UV-exposure, poor immunity and increased age. A change in the genetic make-up of the Merkel cells due to UV damage sometimes renders these cells to divide uncontrollably, leading to a reddish outgrowth on the skin—a sign of MCC.

More than a decade ago (2008), MCCs were also found to be associated with a virus known as the Merkel cell polyomavirus (MCV). This virus, though a part of our normal skin flora, may in some cases, undergo cancer-promoting changes or ‘mutations.” When such a rare version of the MCV weaves itself into the genetic material of a Merkel cell, it could lead to MCC.

“A cancer caused by a virus is unique in its own right, as it offers an external target for therapy (the viral proteins). Since MCC comes in two forms, it was essential for us to first determine whether cases seen in India are virus positive or negative. This not only helps with determining prognosis, but also in designing treatment for this cancer,” say Dr. Reety Arora, cancer cell biologist and Dr. Bharat Rekhi, pathologist, the two lead authors of the paper.

From a disease perspective, does it matter if the cancer is caused by UV or by the MCV? The answer is a resounding yes. Studies in the past have shown that MCCs caused by invasion of the polyomavirus are less aggressive and show lower progression, when compared to those that are caused due to UV damage. In India, only a handful of MCC cases have been reported, but none of them had been tested for the presence of the MCV. This void in MCC biology in the Indian cohort motivated Dr. Reety Arora to begin her investigations.

With collaborative efforts of Dr. Bharat Rekhi from the Tata Memorial Centre, Dr. Reety Arora managed to include cancer tissue samples from 18 primary MCC patients, 11 of whom were men and the remaining 7, women. She first used a protein lock and key technique to identify the presence of the MCV Aka immunohistochemistry, which was utilized to test samples from 18 cases in Dr. Bharat Rekhi’s laboratory at TMH. This technique involves the external addition of a protein (key) that can be visualized when it finds and binds to its specific partner protein (the lock), present in the tissue sample. In this case, a protein exclusively produced by the cancer-causing MCV was used as the lock that the externally added key would latch on to. Using this detection technique, Dr. Reety Arora and Dr. Bharat Rekhi discovered that 7 out of the 18 patients showed the presence of the MCV. This is the first time any group has been able to show the presence of MCV in Merkel cell tumors of Indian patients.

To complement the previous protein based detection technique, Dr. Reety Arora, along with Dr. Amit Dutt, used an additional commonly used genetic screening method (PCR) that would help her detect the viral genetic material. Interestingly, 8 out of the 12 samples tested showed the presence of the MCV genetic material. Twenty five percent (3/12) of the samples showed the presence of MCV through both the detection techniques, indicating that most MCC cases in India were likely caused by UV-linked damages.

“Considering MCCs are associated with high tumor mutation burden and therefore cases, especially with advanced disease, are being considered for immunotherapy, their exact diagnosis including testing for MCC polyomavirus as well as differentiation from their mimics is crucial,” says Dr. Bharat Rekhi.

Dad who weighed 322 pounds sheds half his weight after theme-park incident: 'That did it for me'

Miami clinic kicks off first national study of LSD, once a ‘public enemy,’ to treat anxiety

Need to intensify efforts to address all causes of anemia: Healthcare experts