University offers students struggling with anxiety about climate change THERAPY to tackle their feelings of ‘anger, guilt and grief’

Students and staff anxious about climate change are being offered therapy to tackle feelings of anger, guilt and grief.

University of Derby are running art therapy sessions for those suffering ‘eco-anxiety’ -an issue brought to the forefront of public attention by 17-year-old activist Greta Thunberg.

Participants are encouraged to express their feelings about climate change through ‘poetry and movement’.

One student attending the therapy sessions, Claire Prowse, said climate change makes her feel like she is ‘not going to have a future’.

She told the BBC: ‘It makes me very anxious because every time I look at the news I rarely see any good news about the environment.

‘It just makes me think I’m not going to have a future.’ 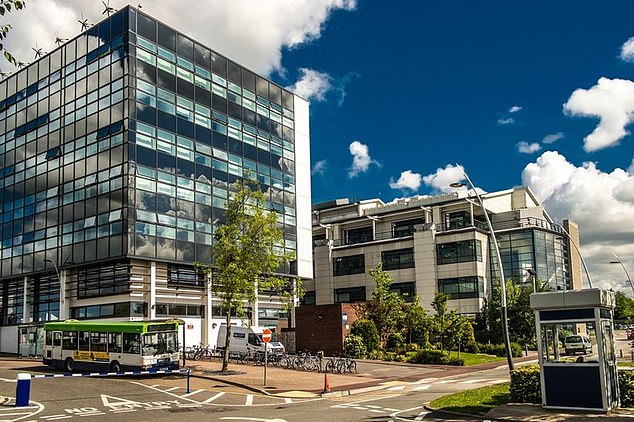 Staff and students at the University of Derby who are anxious about climate change are being offered art therapy to tackle feelings of anger, guilt and grief

Another attendee, Nicola Grigg, added that climate change made her feel ‘isolated and lonely’.

She said she felt ‘guilty’ because she does not have the power to ‘change’ the climate situation.

The academic behind the sessions, Dr Jamie Bird, said people suffer ‘climate grief’ when they see the environment being damaged.

Writing on a blog on the university’s website, Dr Bird, who is head of health and social care research at Derby, said: ‘This activity focuses on the here and now. It does not seek to solve problems or provide solutions.

‘It provides a safe space to express feelings in a compassionate environment.’

Thousands of the world’s greatest scientists have joined together to declare that ‘untold human suffering’ is unavoidable without deep and lasting shifts in human activities.

An alliance of more than 11,000 scientists signed a paper which declared the climate emergency and set out actions humans should take.

To limit the damage caused by humans’ greenhouse gas emissions the paper called for control of the global population, which is growing by 200,000 people a day.

The global group was led by William J. Ripple professor of ecology at Oregon State University and researcher Christopher Wolf.

Professor Ripple said: ‘Despite 40 years of major global negotiations, we have continued to conduct business as usual and have failed to address this crisis.

‘Climate change has arrived and is accelerating faster than many scientists expected.’

Eco-anxiety is described by Psychology Today as ‘a fairly recent psychological disorder afflicting an increasing number of individuals who worry about the environmental crisis’.

No stats are available on how widespread it is, but some experts said there is increased public anxiety around climate change.

In a 2017 report, Professor Susan Clayton at the College of Wooster, in Ohio, wrote: ‘We can say that a significant proportion of people are experiencing stress and worry about the potential impacts of climate change, and that the level of worry is almost certainly increasing.’

As well as being offered to students and staff, Derby University’s workshops have been held in towns nearby, with more planned in Derbyshire this year.

Dr Bird said: ‘More and more I think there’s this recognition that people are feeling not only anxious but also a sense of loss, or it might be a sense of anger or guilt or shame.

‘Helplessness underlines a lot of those feelings because it’s something we’ve never really had to face before and we don’t know how it’s going to pan out.’

He added that the sessions have been successful, with some finding that they feel less anxious or guilty when they leave.

Those taking part in the workshops, which climate activists are also invited to, try to express their feelings by being creative in a set of activities.

Groups try to ‘make sense’ of their feelings by sharing and discussing their work, which may be a poem, sculpture, or dance.

One activity involves participants watching an ice cube melting – representative of an ice cap – and then creatively describing how they feel about it. 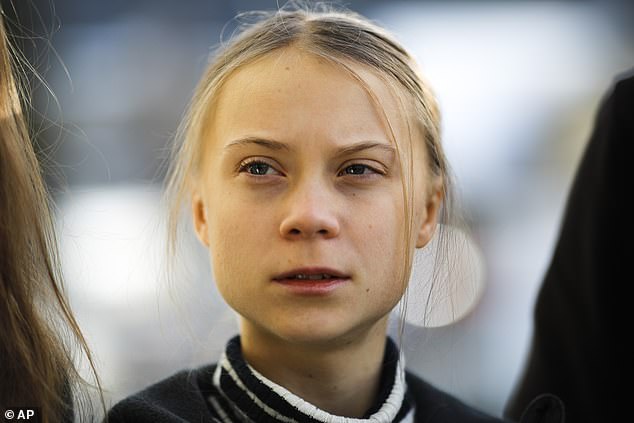 Previous studies have shown that nearly two-thirds of people are concerned about climate change.

They found that 61 per cent of people are growing more concerned about climate change.

Fear about the future has prompted thousands of Britons to make lifestyle changes, such as by reducing their plastic consumption.

But the researchers found that better choices to address the issue exist, these include switching to renewable energy, eating less meat and flying less.

Forty two per cent of respondents said that they were unclear which actions they could take to make the most positive difference.

The top change people assumed would help the environment was cutting down on their plastic waste — but this action, the researchers warned, does little in fact to lower an individual’s carbon footprint.

In contrast, the most meaningful lifestyle changes — such as switching to a renewables-only energy tariff, flying less and cutting down on meat consumption — were only top of around four per cent of people’s list.

Anxiety is a normal part of life that affects different people in different ways at different times.

Whereas stress can come and go, anxiety often persists and does not always have an obvious cause.

Along with depression, anxiety is among the most common mental-health condition in the UK, affecting 8.2million people in 2013 alone.

Around 40million adults suffer from the condition in the US every year.

Anxiety can make a person imagine things in their life are worse than they are or that they are going mad.

Although it evolved as part of the ‘fight or flight’ mechanism in our caveman days to avoid danger, anxiety can be inappropriately activated in everyday life when stress builds up.

It can have a clear cause, such as moving house or having surgery. However, sometimes little life events build up until a person is unable to cope, with anxiety then taking them by surprise.

Physical symptoms can include:

Some psychological symptoms are:

Activates like yoga, exercise, reading and socialising can help to manage anxiety.

WHO chief: The COVID pandemic is ‘most certainly not over’