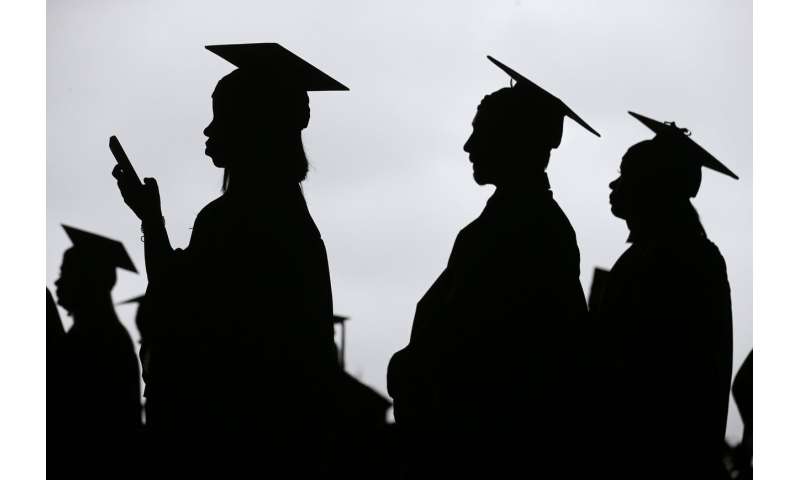 Americans who have spent time in foster care are far more likely than other adults to lack a college degree, health insurance and a stable health care provider, according to a new federal analysis that is unprecedented in its scope.

One striking finding in the report: Less than 5% of men who have been in foster care hold bachelor’s degrees, compared with 31% of other men.

The analysis, released Wednesday, was compiled by researchers from the National Center for Health Statistics and the Department of Health and Human Services’ Children’s Bureau. They analyzed data collected in interviews with nearly 25,000 Americans ages 18 to 44 that were conducted from 2011 through 2017 as part of the National Survey of Family Growth.

Numerous past studies by academics and child-advocacy groups have documented the troubling outcomes that await many young people emerging from foster care; for example, higher-than-average homelessness, unemployment, substance abuse and incarceration.

The authors of the new report says their analysis nonetheless is groundbreaking, given that other studies either focused only on young adults, were limited to specific geographic regions or relied on data that was many years old.

— Both men and women who had been in foster care were less likely than other adults to be married, and more likely to be cohabiting with a partner outside of marriage.

— About 25% of men and 21% of women who had been in foster care did not have a high school or GED diploma, more than double the figure for other adults.

— Among men who had been in foster care, more than 34% lacked health insurance, compared with about 22% of other men. Foster care alumni also were more likely than others to be on Medicaid and to lack regular access to private doctor or a health maintenance organization.

According to the analysis, about 2.6% of American adults ages 18 to 44, or roughly 2.9 million people, had spent time in foster care. The rate was higher for African Americans—3.8% of black men and 5% of black women.

The researchers said they were not placing full blame on the foster care system for the discrepancies they found.

“Outcomes may not be due solely to foster care itself … as youth who go into foster care may be those already at risk of adverse outcomes,” they wrote.

Yet they said their findings may understate the problems faced by former foster children, given that the National Survey of Family Growth interviews people based on their households and excludes people who are homeless, imprisoned or confined to psychiatric hospitals. According to the researchers, those are situations faced by a disproportionately high number of foster care alumni.

Richard Wexler of the National Coalition for Child Protection Reform, which seeks to reduce the number of children unnecessarily placed in foster care, depicted the new analysis as “the latest in a long, long line of studies showing the harm done to children when they are consigned to the chaos of foster care.”

“Foster care is fundamentally unfixable,” Wexler said by email. “The most important solution is to stop taking so many children needlessly in the first place.”

The key to achieving that, Wexler contends, is for authorities to stop equating parents’ poverty with child neglect, and to boost assistance to fragile families in the form of rent subsidies, food aid and child care options.

Amy Dworsky, a research fellow at the University of Chicago’s Chapin Hall who studies vulnerable youth populations, said there are many programs across the U.S. aimed at improving the outcomes of youths emerging from the foster care system.

“There are a lot of interventions out there,” she said. “But we don’t have evidence-based studies of which ones work.”

Dworsky noted that Congress passed a bill in 2018, the Family First Prevention Services Act, that is intended to provide more federal resources to help families in crisis stay together; for example, by providing more mental health, substance abuse and parenting services to families in which children are at risk of entering foster care.

It is too early, she said, to judge the law’s impact as states continue to draft plans for implementing it.

We've Been Hearing These Numbers Forever When It Comes to Our Health — But Are They Actually BS?