Could my unborn baby be in danger…and why has my home birth been cancelled? What every mum-to-be needs to know to stay safe during the coronavirus pandemic

As any mother will attest, childbirth waits for no woman. Nor can pregnancy be paused until the end of a global pandemic. Unlike those having operations rescheduled at a less risky date, millions of expectant mothers are adding new, unexpected worries to the considerable ones that exist already.

Last month, pregnant women were told they were ‘at increased risk’ from Covid-19 – and ordered to follow ‘stringent’ social distancing, for 12 weeks. Since then, reports of midwife centres closing, home births being ‘cancelled’, and women having to go through labour without their partner no doubt add to fears.

The Prime Minister’s fiancee Carrie Symonds is just one of the millions facing this dilemma – at six months pregnant she is reportedly self-isolating miles from Boris, who tested positive and is in Downing Street. 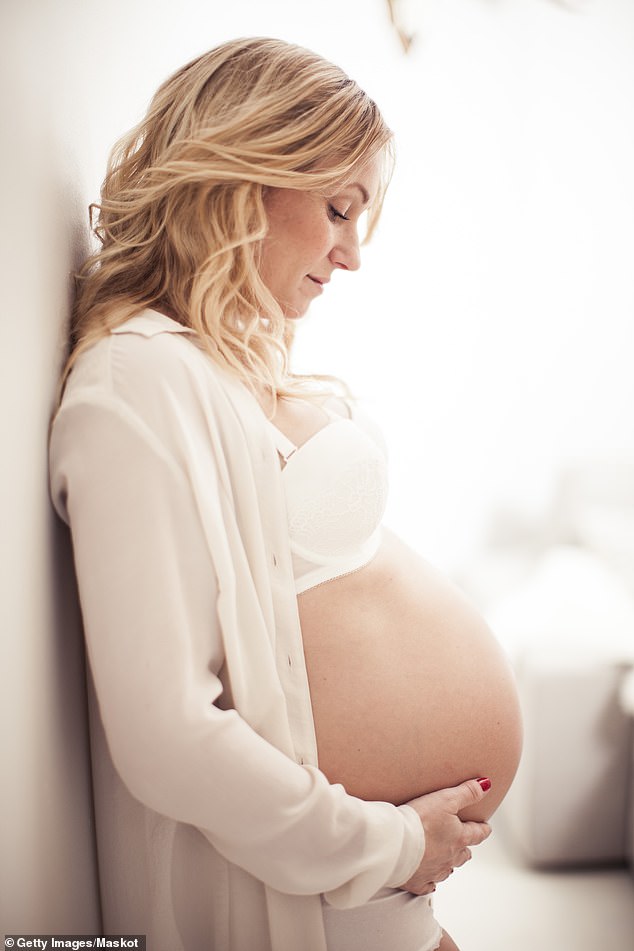 Unlike those having operations rescheduled at a less risky date, millions of expectant mothers are adding new, unexpected worries to the considerable ones that exist already

Experts have stated there’s little evidence pregnant women are suffering worse from Covid-19, or that unborn children are at risk.

Yet, understandably, worries remain. And what will childbirth look like in this time of Covid-19 chaos? Here, we decode the official advice and a top midwife and obstetrician brings you the facts…

PASSING IT ON TO THE BABY IS RARE

One nightmare scenario would be if women could pass on the virus to their unborn child.

As the virus is new, evidence is limited – but this seems unlikely. A handful of cases in newborns have been identified by doctors in Wuhan, China.

One recent study published in Jama Pediatrics found that three out of 33 babies born to infected mothers tested positive for the virus.

Ignore viral posts online, such as lemon juice protecting you from Covid-19. It won’t…but washing your hands will.

There is a small chance the infection may have occurred in the womb, but it is more likely to have been soon afterwards. We also know the virus cannot be transmitted through breastmilk, and thankfully, most newborns who have become infected seem to fare well.

The three babies in the study made a full recovery after about a week. Other reports show infected babies often show no symptoms at all.

Even more comforting are Chinese studies, which found six newborns born to mothers with coronavirus did not contract the virus, but did test positive for antibodies known to protect against it.

However, scientists caution it is not known if this gives children long-lasting immunity.

BEING PREGNANT CAN MAKE VIRUS WORSE

There is no evidence to suggest that pregnant women are more likely to catch the coronavirus but the Government has deemed them ‘vulnerable’.

As a result, pregnant women are strongly advised to practice strict social distancing and avoid all public spaces, as well as time spent with anyone outside the home.

You should be particularly stringent if you are in your third trimester (more than 28 weeks pregnant). 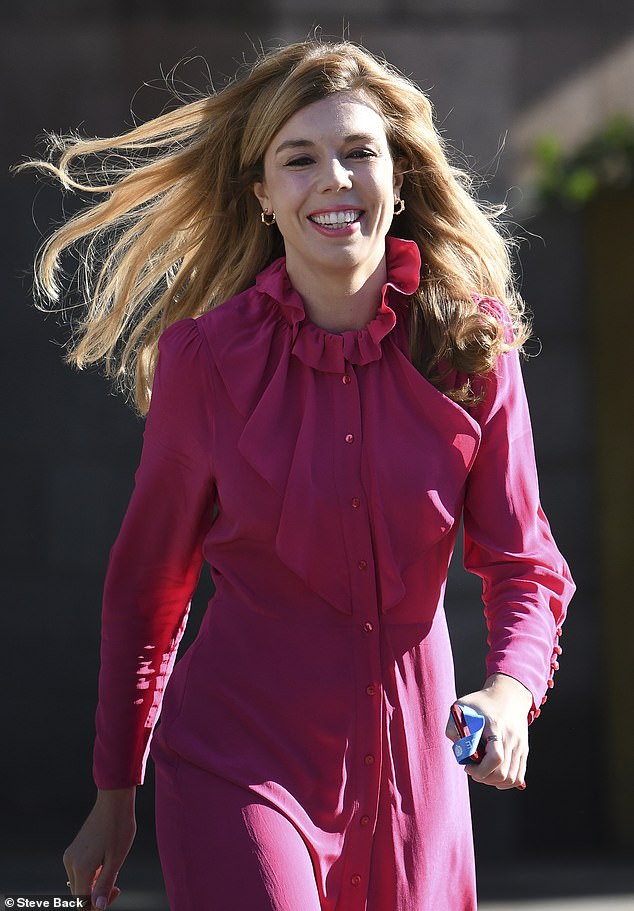 The Prime Minister’s fiancee Carrie Symonds, pictured, is six months pregnant and reportedly self-isolating miles from her partner, who tested positive and is in Downing Street

The precautions are in place because viral infections can more seriously affect the health of pregnant women, due to changes to the immune system. ‘They tend to have a suppressed immune system, especially after the sixth month of pregnancy,’ says Birte Harlev-Lam, a midwife and executive at the Royal College of Midwives.

You can still go out to exercise daily, although pregnant women with underlying illnesses, such as heart disease, must go one step further and ‘shield’. This means not going out for 12 weeks and minimising contact with those you live with – sleeping in separate beds, staying at least 6ft away and using different towels, crockery and cutlery.

‘It’s going to be tough to exercise in this situation, but it’s vital pregnant women keep moving to reduce the risk of blood clots,’ says Clive Spence-Jones, consultant obstetrician and gynaecologist at the Whittington hospital in London. ‘Try gentle movement, such as online yoga tutorials, or simple leg exercises while watching TV.’

SCANS WILL GO AHEAD BUT NOT WITH A PARTNER

Last week, the Royal College of Midwives revealed that the number of working maternity staff has halved since the outbreak. Despite this, vital scans are still going ahead. ‘Local health boards and trusts will have their own method of dealing with the situation, but most 12 and 20-week scans are still happening,’ says Harlev-Lam.

At 26 weeks, you can still go into hospital or a maternity centre to have your bump measured. But check where you need to go – it could be at the hospital or a pop-up unit.

All living creatures – including people – emit tiny amounts of light as a by-product of chemical reactions within the cells.

In 2009, Japanese scientists used ultra-sensitive cameras to capture the phenomenon – known as bioluminescence – in humans for the first time.

The light detected was 1,000 times weaker than the naked eye could perceive. The researchers found most light was produced in the late afternoon and the least late at night.

Because the amount emitted by humans is so low, scientists do not believe it serves any particular purpose. But creatures such as glow worms, which produce stronger light, use it to attract mates.

In some areas, partners may be asked not to attend appointments, to adhere to social distancing.

‘But many midwives and units use video calling apps so that the woman’s partner can still be part of the experience,’ says Harlev-Lam.

All other routine tests and appointments will be carried out remotely, via video or telephone calls.

This means that regular urine and blood pressure checks – which look for signs of potentially-deadly pre-eclampsia – won’t be completed.

So it is vital women are hyper-vigilant to any bodily changes. Signs of pre-eclampsia (other than high blood pressure and protein in urine) are headache, swollen ankles and pain just below the ribs.

But what if you get Covid-19 symptoms? ‘Scans and appointments may be delayed until a 14-day isolation period has passed and you are symptom free,’ says Spence-Jones.

‘Call your maternity team and let them know as soon as you notice.’

If the symptoms arise around the time of your due date, you can still go to hospital to have the baby but you must use private transport. You’ll be met at the maternity unit entrance and given a surgical face mask to wear, before you are transferred to an isolated room. You’ll then be given a coronavirus test.

Staff will be gowned and masked for the birth, but your birthing partner will be able to stay if they’re well.

You can give birth vaginally, but most probably won’t be allowed to use a birthing pool as the virus can be spread via bodily fluids. And you won’t be separated from your baby after birth – unless they need to go to a neonatal unit. Breastfeeding is fine, too, but take extra precautions such as wearing a mask. 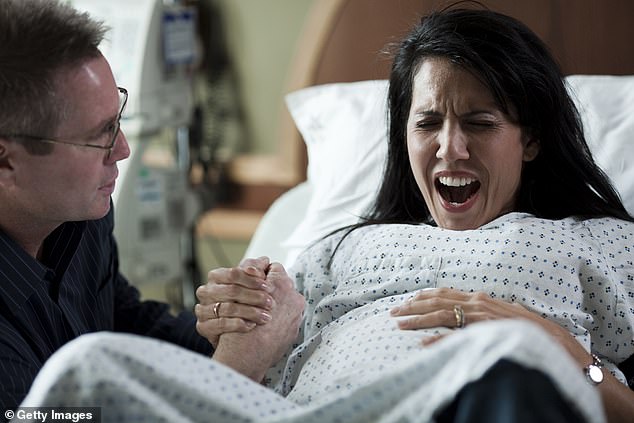 Be prepared for birthing partners – including fathers – to be asked to leave shortly after birth, even if they don’t have symptoms.

If there is one certainty, it’s that childbirth will not be as you expected. Reports that some mothers have been forced to give birth alone have proven troubling.

But most NHS Trusts will only ban a birthing partner from the hospital if they have a sudden onset of Covid-19 symptoms.

‘It’s well accepted that women do better, feel less anxious and need less intervention when they have a trusted birth partner with them,’ says Harlev-Lam. ‘This should continue even through the pandemic.’ 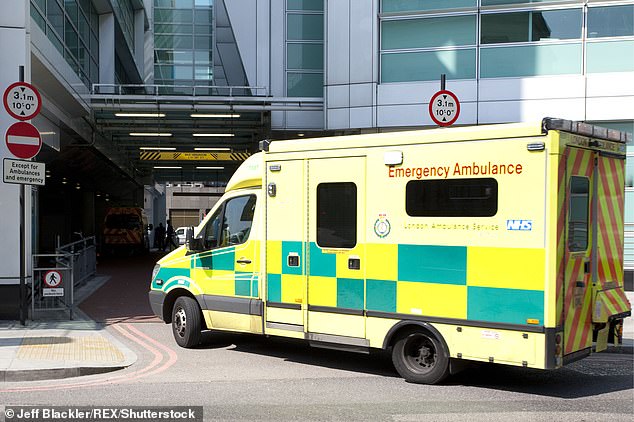 Perhaps the biggest change will be for those who have planned a home birth. A third of NHS trusts have stopped them – in part due to a lack of ambulances

But be prepared for birthing partners – including fathers – to be asked to leave shortly after birth, even if they don’t have symptoms.

Perhaps the biggest change will be for those who have planned a home birth. A third of NHS trusts have stopped them – in part due to a lack of ambulances.

However, other trusts are offering low-risk women home births instead of ones in a maternity unit.

And in some areas, there may not be enough staff for a non-essential Caesarean – so a vaginal birth may be the only option.