Home » Health News » What is In Silico Toxicology?

Despite its relevance in our everyday lives, toxicology is a relatively new field of science. As such, most traditional toxicity tests were highly dependent upon in vivo models for evaluating the safety of chemicals and drugs. 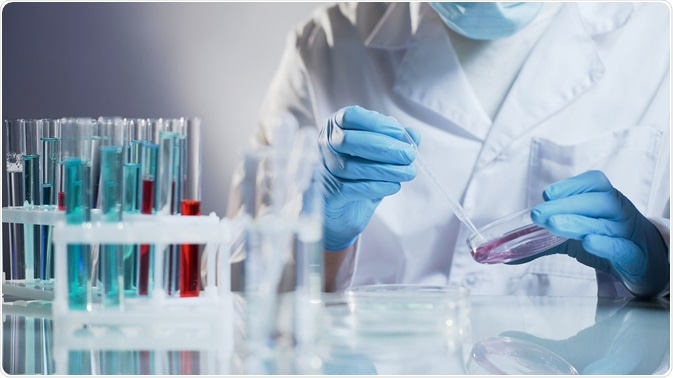 In coordinating with the global effort that has been made to reduce the amount of in vivo studies that are performed on animals, alternative methods like in vitro and in silico toxicity tests have emerged.

What is in silico toxicology?

Since its initial introduction into the scientific world in 1934, in silico toxicology (IST) has continued to evolve. IST, which primarily depends upon various computational tools to assess the safety and toxicity of chemicals, allows researchers to visualize, analyze, simulate and predict the potential toxicity of chemicals prior to any cell or animal work is performed.

In general, some of the types of computational tools that can be utilized for IST studies include databases that contain data on the toxicity and chemical properties of chemicals, software systems capable of generating molecular descriptors, biological and molecular systems simulation tools, and visualization tools.

IST utilizes a wide variety of models that have been encoded with specific software tools to achieve predictive toxicology measurements. Typically, each IST method will predict a single toxicity endpoint; however, several other systems like the Derek Nexus, ToxTree, and OECD QSAR toolbox have emerged as IST methods capable of predicting several different toxicity endpoints.

In general, IST models will include five major steps that allow for prediction models to be generated. These steps include the initial gathering of biological data in order to determine associations that might exist between the chemical and toxicity endpoints.

After data collection, molecular descriptors of each chemical are calculated. Together, both the biological data and molecular descriptor information can be used to create a prediction model, which will be assessed for its accuracy and interpretation value.

Both dose- and time-response models are used to determine the relationship that exists between an observed biological effect, such as toxicity, and the dose and/or time of administration of a novel drug or chemical.

This type of model is particularly important for assessing the toxicity of chemicals that are present within the environment, as exposure time can range from acute and intermittent to random and chronic. Luckily, there are several types of time-dose models that evaluate continuous, intermittent and/or random exposure time that is also acute, short-term, sub-chronic and/or chronic.

SAs, which can also be referred to as toxicophores or toxic fragments, represent the chemical structures of a given drug that allude to potential toxicity. The potential toxicity of a drug can be extrapolated from an SA that is only a single atom, as well as a combination of SAs that may be present on a single drug or chemical.

Rule-based models can be further subdivided into human-based rules (HBRs) and induction-based rules (IBRs). Whereas HBRs have been created based on human knowledge of field experts or literature searchers, IBRs have instead been created through the computational analysis of large datasets

Applications of in silico toxicology

Much of the work that has been made towards enhancing IST methods is attributed to its usefulness in the drug discovery process. Since approximately 30% of drug failures that occur during drug discovery are attributed to insufficient safety profiles, it is crucial for researchers to determine the relative toxicity of a new drug early on in this process.

To this end, IST methods have provided researchers with a more cost-efficient and rapid method of determining whether a compound is toxic or non-toxic. IST methods are also highly accurate and can be done before a compound is even synthesized, thereby allowing researchers to quickly eliminate potential new drugs early on without requiring further toxicity determination by extensive in vitro and in vivo assays.

Aside from its application early on in the drug development process, IST methods have also been found to serve an important role in emergency situations that require a rapid understanding of a chemical’s potential toxicity.

Other applications of IST can be found in the manufacturing of chemical products and food products, in which pesticides and food additives, respectively, may need to be assessed for potential toxicity profiles.

After completing her Bachelor of Science in Toxicology with two minors in Spanish and Chemistry in 2016, Benedette continued her studies to complete her Master of Science in Toxicology in May of 2018.During graduate school, Benedette investigated the dermatotoxicity of mechlorethamine and bendamustine, which are two nitrogen mustard alkylating agents that are currently used in anticancer therapy.

What to do if you sunburn your genitals