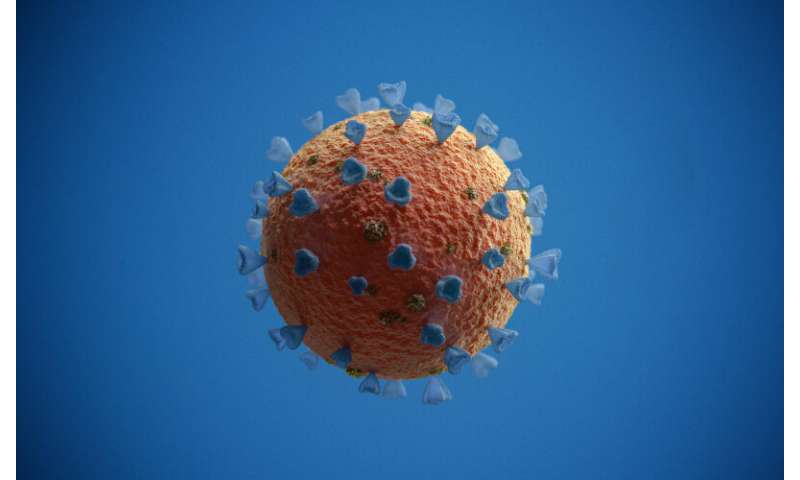 When my team and I first learned about severe acute respiratory syndrome coronavirus 2 (SARS-CoV-2) and coronavirus disease 2019 (COVID-19), we sprang into action, searching the literature to identify the gaps. In times of crisis, you don’t have the luxury of time to go on ‘fishing expeditions’—you need to be very targeted and selective about which direction to take.

To provide the global scientific community with a roadmap to plan our next steps, we published our findings in Nature Reviews Immunology. While the review was addressed to our colleagues on the forefront of COVID-19 research; today, I would like to take a few moments to explain what we know about SARS-CoV-2 to readers who might not necessarily be experts but are nonetheless interested to know where we stand in our understanding of the virus and how it interacts with our immune system.

The virus: the second coming of SARS

SARS-CoV-2 is a coronavirus, a large family of viruses named after the ‘crown’ of proteins studded on their surface. Of the hundreds of different coronaviruses known to man, just seven are known to infect humans. Of these, four (229E, NL63, OC43 and HKU1) typically infect only the upper respiratory tract and cause mostly minor symptoms. The other three (SARS-CoV, SARS-CoV-2 and Middle East respiratory syndrome coronoavirus or MERS-CoV) are more deadly, and thus more well known.

As the name suggests, SARS-CoV-2 is closely related to SARS-CoV, a virus that infected approximately 8,000 people and caused almost 800 deaths around the globe between 2002 and 2004. The genomes of SARS-CoV and SARS-CoV-2 are 79 percent similar, but SARS-CoV-2 is most similar to a coronavirus found in bats, RaTG13, sharing 98 percent similarity.

Like SARS-CoV and MERS before it, SARS-CoV-2 spreads primarily through respiratory droplets and contact with contaminated surfaces. It takes about four to five days for symptoms to start showing up in infected patients, but by 11-12 days most patients will show symptoms like fever and a dry cough. Though less common, patients infected with SARS-CoV-2 might also have difficulty breathing, muscle or joint pain, dizziness, diarrhea, nausea or the coughing up of blood. Thankfully, most patients experience mild symptoms and recover on their own, but certain patients—particularly the elderly and those with comorbidities—progress on to severe symptoms such as acute respiratory distress syndrome (ARDS).

Once patients develop ARDS, their chances of survival fall dramatically. To improve their low blood oxygen levels, patients with ARDS require assistance from mechanical ventilators to breathe. With their reduced lung function, they are also more likely to develop secondary bacterial or fungal infections. Furthermore, the body’s over-exuberant immune response to either SARS-CoV-2 or the secondary infection can result in what is known as a cytokine storm, where the overproduction of immune regulators called cytokines results in uncontrolled inflammation, inflicting damage that leads to organ failure and ultimately death.

This pattern of lung damage and hyperactivation of the immune system matches what we previously observed with SARS-CoV and suggests that the severity of the disease is determined not only by the virus itself but also the body’s immune response to it.

The immune response: resolution or over-reaction

The first thing that SARS-CoV-2 does when it enters the body is to look for two key proteins: angiotensin-converting enzyme 2 (ACE2) and transmembrane protease serine 2 (TMPRSS2). ACE2 is recognized by the receptor-binding domain (RBD) of the virus spike protein, while TMPRSS2 is needed for the proper processing of the spike protein required for viral entry into the cell. Once inside, the virus hijacks the cell’s machinery and begins to make many copies of itself, eventually causing the death of the cell and the release of new virus particles that can go on to infect neighboring cells.

Apart from virus particles, the death of the host cell also releases molecules that activate the immune response. The first responders are usually cells called macrophages, which secrete signaling molecules called cytokines to recruit other immune cells like T cells and monocytes. In a healthy immune response, these defenders successfully contain and clear the virus without damaging the surrounding tissue, and go on to produce protective antibodies that can neutralize the virus.

However, for reasons that are still not fully understood, the inflammatory process sometimes goes out of control. The overproduction of pro-inflammatory cytokines, called a cytokine storm, can cause serious damage to the lungs and result in ARDS. In severe cases, the cytokines circulate to other organs and could cause multi-organ failure.

The way forward: treatments and vaccines

Thanks to all the knowledge we have about SARS-CoV-2 across many different studies, we are now in a better position to tackle this new threat. Firstly, because we know that the virus requires both ACE2 and TMPRSS2 to enter cells, one promising approach would be to block or interfere with these two proteins using existing drugs.

A machine-learning study, for example, has predicted that a rheumatoid arthritis drug called baricitinib could inhibit ACE2. Alternatively, patients could be infused with high levels of a soluble form of ACE2 to prevent the virus from binding to cells, a hypothesis being tested in a clinical trial for APEIRON, a recombinant form of ACE2. Drugs like nafamostat mesylate and camostat mesylate, on the other hand, are known to inhibit TMPRSS2 and could be quickly repurposed for treating COVID-19.

Instead of targeting ACE2 on the host cells, scientists are also trying to block the spike protein on the virus using therapeutic monoclonal antibodies, either based on those found in sera from recovered patients or antibodies previously identified against SARS-CoV. Antibodies that can neutralize the virus are also the goal of several vaccine candidates, while others instead seek to provoke a long-lasting memory CD8+ T cell response.

Last but not least, since it appears that an over-active immune response is what contributes to severe disease in COVID-19, researchers are also attempting to find ways to dampen the effect of cytokine storms. For example, several trials are investigating the use of drugs such as tocilizumab and sarilumab that can block the effect of a key cytokine called IL-6. Similarly, other trials are investigating the blocking of granulocyte–macrophage colony-stimulating factor (GM-CSF), which is believed to be a key driver of lung inflammation in COVID-19 patients. Rather than use drugs, one interesting approach is to filter patients’ blood through special columns that can trap excess pro-inflammatory cytokines, thereby reducing their impact on the body.