Home » Health News » When you’re lonely, your brain craves social interaction like it desires food, according to new research 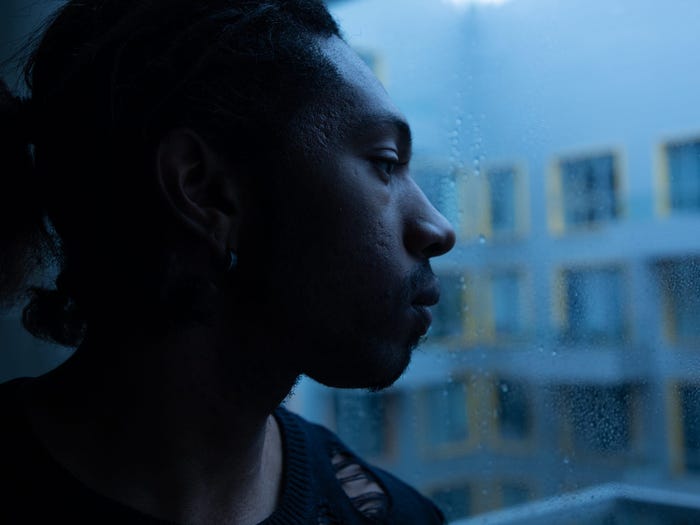 As pandemic precautions have forced many to cancel their Thanksgiving plans, you may find yourself craving companionship as much as that pumpkin pie.

That's because parts of the brain respond to loneliness much like they react to hunger, according to a study published this week in Nature Neuroscience.

Researchers from the Massachusetts Institute of Technology (MIT) and the Salk Institute scanned the brains of 40 healthy, social young adults after 10 hours of either fasting or social isolation. They found that after being alone, participants' neurological responses to social cues were similar to hungry people reacting to food  — that is, certain areas of the brain linked to cravings were activated.

For an isolated person, a picture of people laughing together caused the same areas of the brain to light up as when a hungry person looked at a big plate of pasta.

That suggests that our brain considers social interaction to be a basic need, just as our bodies need food to survive, said Julianne Holt-Lunstad, a professor of psychology and neuroscience at Brigham Young University who was not affiliated with the study.

Researchers were surprised to find that people deprived of socializing became much more focused on that need, and less reactive to hunger. As their loneliness increased, they became less responsive to images of food.

That was unexpected because previous research has found both people and animals will sometimes 'substitute' unmet needs with other forms of reward. One recent study, for instance, found that isolated rodents tended to eat more, possibly using the positive effect of food to compensate for a lack of social interaction. Research suggests this may also explain why people in isolation can be more vulnerable to addiction.

These latest findings suggest that the relationship between food and loneliness might be more complicated than we thought, despite the popular notion of stress-eating to cope with social isolation. More research is needed to understand the complex ways people deal with loneliness.

Perhaps less surprisingly, though, this latest study also found that hungry people were less responsive to images of socializing.  That suggests being 'hangry' (a combination of hungry and angry) is a real thing, since people really do become anti-social when they need a snack.

Some people may be more vulnerable to loneliness than others

There are some limitations to this type of research. Loneliness is subjective, and some people may be more prone to it than others. In this study, several participants reported not feeling lonely after 10 hours of isolation, whereas nearly everyone experienced some form of hunger craving after 10 hours of fasting.

That may have to do with participants' unique social habits. People who reported having a more active social life had a more severe response to isolation that those who were more accustomed to spending time alone.

In this study, participants were also aware that their isolation would end after the 10 hours, so it's also hard to tell what these findings mean for longer or more severe bouts of social isolation. Real-world loneliness is difficult to quantify, and it can be difficult to mimic in studies for ethical reasons, since long periods of isolation can have negative effects on physical and mental health.

Older adults have an especially high risk for loneliness, and many of them are living through the pandemic in social isolation. Senior living communities have gotten creative to promote safe social contact, with solutions like a "hugging wall" made of a clear, plastic shower curtain.

Solving loneliness isn't as simple as having a snack

While studies like this one can help scientists understand how the brain processes loneliness, and possibly mitigate the negative consequences, people are unique and need varying levels of social interactions to meet their needs.

So, while loneliness may be similar to hunger, fixing it isn't as easy as serving someone a hearty dinner. But science is trying. Researchers are now studying whether virtual interactions, such as Zoom calls, can help satisfy social cravings.

Holt-Lunstad has also observed a wave of technologies designed to combat loneliness, from fuzzy robo-pets to disembodied hands that squeeze back. These interventions have had varying degrees of success in improving wellbeing, but they all demonstrate a collective need for connecting with others, she said.

"Right now, it feels like we are all very thirsty, and yet the water is not safe to drink."

People are less lonely when they embrace uncertainty and feel empathy, a study found

People are experiencing 'skin hunger' after months without touching anyone