Home » Health News » Why women’s sex drive dips at Christmas then spikes at New Year, according researchers who studied half a million women 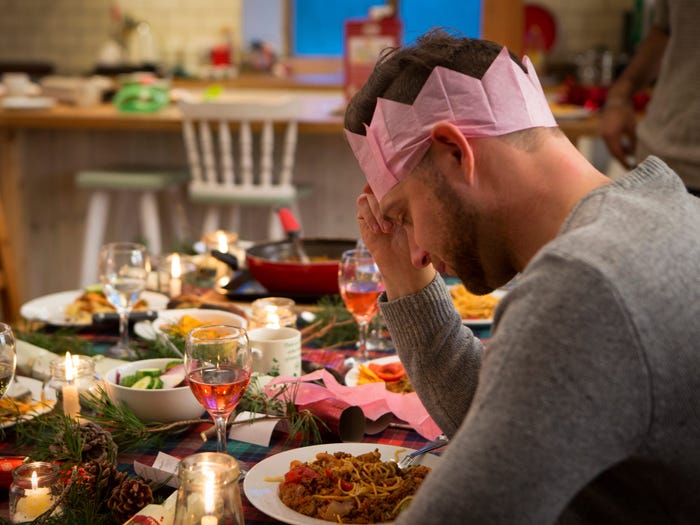 Christmas may be the "most wonderful time of the year," but when it comes to our sex drives, it's not so exciting.

Researchers at Stanford University in California and Columbia University in New York analyzed data from over 500,000 women in France, Brazil, the US, and the UK, collected by sexual health app Clue. The data includes self-reported logs of when women had sex.

While the data found holidays like Valentine's Day usually correlate with more sex, Christmas was an exception.

Data from the three days leading up to December 25 showed less sexual activity among women than average. That lull lingers for days until midnight on December 31, into New Year's Day, when there is a spike in sexual activity worldwide.

Analyzing their data in a preprint study, which has been published online but not yet peer-reviewed, the researchers hypothesized stress, snacks, and alcohol we take in around the holiday season might be getting in the way of our sex drives, reported The Guardian.

"In most families there isn't someone at home who can make this 'holiday work' their priority, so it ends up getting squeezed in around jobs and childcare. It just isn't a recipe for feeling sexy," Dr. Kate Boyer, an expert in human geography, told The Guardian.

They also told The Guardian these findings could signal something about humans and what drives our libido. It could be that we have seasonal breeding patterns, and seasonal down times.

4 signs you're dating a narcissist, and what to do about it

4 subtle signs a relationship is abusive, from love-bombing to controlling your social circle

How and when will we know that a COVID-19 vaccine is safe and effective?